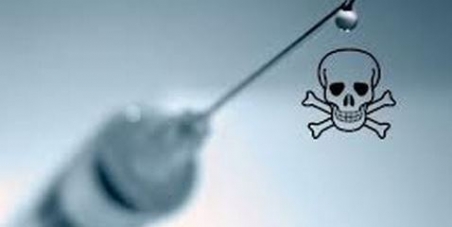 Say NO to Release of GMO Vaccine in Australia

By continuing you agree to receive Avaaz emails. Our Privacy Policy will protect your data and explains how it can be used. You can unsubscribe at any time. If you are under 13 years of age in the USA or under 16 in the rest of the world, please get consent from a parent or guardian before proceeding.
This petition has been created by Joanna G. and may not represent the views of the Avaaz community.
x

The exact molecular characterisation of the product is considered “Confidential Commercial Information”. As such, the full ingredients are not disclosed.

There have already been significant warnings about the use of genetically modified virus and vaccines. A research paper published in the Journal of Toxicology and Environmental Health in 2006 stated:

...There is inadequate knowledge to define either the probability of unintended events or the consequences of genetic modifications."

PaxVax is a US-based private profit-making company who has stated that their aim is to “commericalize” vaccines, and they plan to use Australian citizens as their test subjects.

Here are ten IMPORTANT reasons to say NO to the release of a GMO Vaccine in Australia:

1. Approval of the release of a GM Vaccine sets a dangerous precedent which sets the stage for human beings to be used as experimental test subjects to assess the safety of a product,
2. Genetically Modified Vaccines have not been proven safe. Many harmful effects to recipients may not be realized in the short-term.
3. Many genetically modified foods and medications come from animal material, which is also not proven safe
4. There is no incidence of cholera in Australia therefore it is not appropriate to use Australia as a testing ground
5. PaxVax is a relatively new pharmaceutical company without a long enough history to demonstrate credibility, responsibility or trustworthiness
6. PaxVax is a profit-making company who has stated that their aim is to “commercialize” vaccines
7. A US-based profit making company should not be using Australian citizens as guinea pigs
8. GM bacteria might cause disease in organisms other than humans
9. The mercury resistance genes added to the GM bacteria may alter microorganisms infect wildlife and ecosystems and harm the environment.
10. PaxVax states the trial is to “confirm safety”. This means safety is currently unconfirmed

Today: Joanna G. is counting on you

Joanna G. needs your help with "Say NO to Release of GMO Vaccine in Australia". Join Joanna G. and 6,189 supporters today