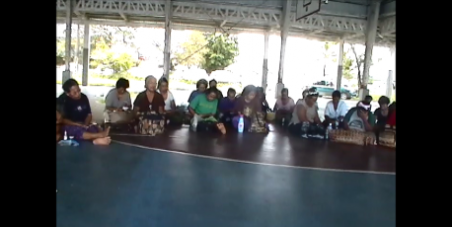 Say NO to Massive Tourism Investment; Say NO to Land-grabs!

By continuing you agree to receive Avaaz emails. Our Privacy Policy will protect your data and explains how it can be used. You can unsubscribe at any time. If you are under 13 years of age in the USA or under 16 in the rest of the world, please get consent from a parent or guardian before proceeding.
This petition has been created by Concerned C. and may not represent the views of the Avaaz community.
x

A Chinese company, Exhibition & Travel Group, (ETG), is planning to carry out its massive tourism investment in Yap. The people of Yap were poorly informed about the project and consequently had practically no input in the decision-making process. Regardless of the strong suspicion and disagreement among the populace in Yap, Yap state Governor and Council of Pilung (Council of Chief) have insisted on cooperating with ETG for its massive tourism investment.

We are a NPO named "Concerned Citizens Group" in Yap. Our organization consists of citizens of Yap who care about civic issues, especially relating to ETG's controversial investment in Yap. We have been expressing our strong disagreement with Government's cooperation with the ETG via very possible way since August 2012. However, Government officials have chosen to collaborate with ETG instead of listening to our exclaimed plea. Your support is very important to us!

To facilitate your understanding of the complicated issues, please visit our web:

Today: Concerned C. is counting on you

Concerned C. needs your help with "Say NO to Massive Tourism Investment; Say NO to Land-grabs!". Join Concerned C. and 1,023 supporters today