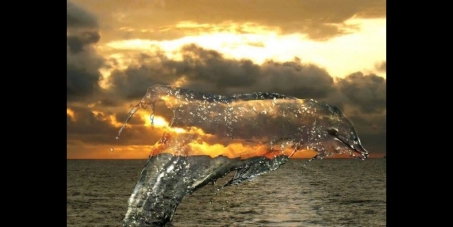 By continuing you agree to receive Avaaz emails. Our Privacy Policy will protect your data and explains how it can be used. You can unsubscribe at any time. If you are under 13 years of age in the USA or under 16 in the rest of the world, please get consent from a parent or guardian before proceeding.
This petition has been created by Donna I. and may not represent the views of the Avaaz community.
x

Our petition has switched up a gear and moved to :

We spent the best part of this week thanking Simon Cowell for his compassion and understanding, when he quickly removed the inappropriate showing of dolphins in a Mexican hotel, during the boys' judges' houses programmes.

Simon assured us all without a doubt in those few short tweets that he didn't agree with it ... And I for one still firmly believe him. He is as passionate about animal welfare as the rest of us.

Tweet 1. "Reading your tweets. I had no idea Xtra Factor producers filmed with dolphins. This will NOT be showed on Saturday night."

Tweet 2. "I think you all know my view on cruelty to animals so thank you for all your concern"

So ...taking those tweets to our hearts...how would you feel if I told you, that even though Simon Cowell has been instrumental in making these important changes to his programmes, he's not changed one other serious issue...The XFactor competition prize.

XCaret, the Mexican all inclusive holiday resort that's the first prize, is actually inside a swim-with-dolphins park !!!

To make matters much worse, many tour operators, travel agents, newspaper travel sections and even British Airways have jumped on the XFactor band wagon and are now promoting holidays to XCaret using the XFactor name!

You're probably all as confused as I am right now... Thinking how can he remove the dolphin slot with one hand, yet offer the winner a possible fortnight with them on the other hand? I just don't get it !

I don't know about the rest of you but I'm not prepared to let this happen without shouting it from the rooftops how wrong It is !

So, I'm pleading with you all... I know you must be so sick of me but I feel I've let you all down by not noticing this in the first place. All this evidence ties together... And I foolishly didn't see it. All these travel offers are promoting the one thing that Simon said was "cruelty to animals" ...

I am now officially re-opening this petition and am calling on Simon Cowell again to cut ties with XCaret, a dolphin prison in my opinion.

We know that together we can be a catalyst for change ... We know from our previous work. A great bunch of people, from the world over, as concerned about the freedom of these beautiful beings as I am.

I have just been informed that Simon Cowell has heard our collective voices and has had the slot involving captive dolphins removed from the xfactor show this weekend !!!Thank you so much Mr Cowell .... I like a guy who listens :) !

Everybody who supported this cause...…

And supported me, please keep hold of that passion in your hearts for the freedom of captive dolphins and keep spreading the word.

don't EVER buy a ticket to a dolphin show of any description ... Take a boat ride and see them swimming freely in their wonderful, habitat

live in the UK and last night millions of people across the land tuned in to the most popular family prime time show on British television .... The X Factor... Produced in its entirety by Music/tv mogul Simon Cowell.

of today, imagine my horror when at the end of the show there was a quick preview of next week's talent selection process at the judges' houses dotted around the world... And one of them glorified a Dolphinarium with the contestants in a pool somewhere, being up close and personal with captive dolphins, performing tricks and giving kisses. The whole thing seemed to capture such happiness and excitement in the dolphins in just that one quick snapshot with the teasing promise of a proper look in next weeks show.

If you google 'Taiji Drive Hunt' ... #The Cove is a resource for Dolphinariums around the world, you will see how some of these beautiful intelligent creatures are selected, whilst they watch their families being slaughtered... All this, just so that somebody can see them perform hideous tricks in a concrete pool, for the reward of a dead fish.

Here is a link to an article I correlated for a local news company earlier this year explaining how most dolphins are captured .. Read it, you'll be horrified... Page 18 'Blue Cove Days'

I haven't slept most of the night worrying about the impact this actual episode will have on the younger generations when they watch it in their millions next week. They'll all be begging their parents to visit the likes of Seaworld...

All the love and hard work we put in to send the right messages out about captivity and the Taiji connection will just be blown out of the water when the kids see that Simon Cowell thinks it's ok.

I assume, because Simon Cowell has stateside power too, that UK X Factor will be screened there too, just like we see the American version on our tv's, making an even bigger young audience think that because Simon Cowell shows captive dolphins on his show, it's ok to visit these places... IT'S NOT !!!

My goal? .... To apply enough pressure with as many signatures as possible to appeal Simon Cowell's animal loving nature, encouraging him into reconsidering putting this segment in next weekends show.

In his interview as an advocate for PETA and a much publicised animal lover, I'm hoping Simon probably has no idea that the dolphin scenes are going to be screened... but just in case he has authorised it, this should remind him of his commitment to stop animal cruelty:

I guess I've only got a few days to try and get his attention so please help me out with this If you can by signing the petition, sharing it, tweeting it, emailing xfactor and ITV ... @SimonCowell ... Anything really.

Some facts about the captive dolphin industry

Dolphin Slavery companies will tell you most dolphins were born in captivity.

That's not entirely true. Using Mexico, the location of this particular XFactor segment as an example...

All dolphinaria companies in Mexico were built on capture!! Without capture these companies would not be a fraction of the size they are today.

Although Delphinus has the highest amount of dolphins captive born, please don't be mistaken and think they weren't engaging in horrendous capture initiatives like the other companies. They were. They are just older than Dolphin Discovery therefore their captured dolphins have now died off.

All the dolphinaria companies have a terrible terrible history. When dolphin capture was made illegal in Mexico in 2002 Dolphin Discovery did not stop capturing dolphins, instead its just purchased captured dolphins from Cuba instead.

Between 2002 and 2006 (up until dolphin imports was illegal) Dolphin Discovery acquired over 50 captured dolphins. Many other dolphins would have died in the process of capturing these desirable dolphins.

Dolphinaris is no better, they illegally imported captured dolphins from the Solomon Islands, loads of these dolphins have subsequently died, however, the poor remaining few are kept in tiny enclosures in hotel resorts on continuous display to the public.

ENOUGH IS ENOUGH of this hideous industry.

Dolphinaria facilities do not educate the public - they misinform

They do not benefit the environment - they use up valuable resources like fish stocks and water supplies, sea pens pollute the environment, and capture of dolphins destroys local pod survival

Dolphins do not enjoy being held captive or starved to perform, this is why they have been known to commit suicide.

So ... After digesting all of that information, hopefully you will understand why I, and my brilliant activist friends throughout the world who are adding to this momentum, want Simon Cowell to remove this highly inappropriate content before this coming weekends show.

If he doesn't remove it then I hope a significant majority of his viewing public will simply turn off for the foreseeable future, feeling that they have been grossly misled. If you watch this weekend, you are a supporter of this most atrocious of industries, if you switch off then you should be proud of yourself.

Thanks a million for your support