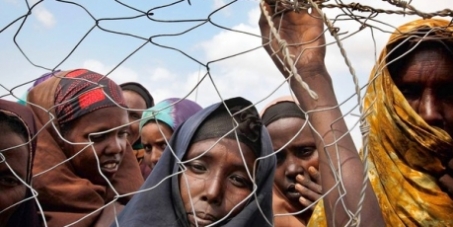 Somalia: No authority to rape

Sign this petition
Laila A.
started this petition to
Somalia's donors countries and Hassan Sheikh Mohamoud, president of Somalia
UPDATE: March 18, 2013 -- Fantastic news -- the young rape survivor and the journalist have both been freed! But thousands more women across Somalia are at risk and unless the Somali government reforms its security and judiciary, the cycle of violence will continue. Let’s keep up the pressure!

My name is Laila and I'm a journalist. I recently wrote a story about a young woman brutally gang-raped by government soldiers in Somalia , hoping that her bravery in telling such a painful story would bring attention to the awful rape problem there. Instead, the government used my article to jail a rape victim and another journalist covering the story for ‘insulting the state’!

After an international outcry, an appeals court just overturned the woman's conviction, but the journalist is still in jail -- and their case is one of many. Rape is horrific, but to be raped when the only authorities you can turn to for justice are your rapists -- it's the most crushing powerlessness. That's why I started a global petition on the Avaaz site, because Somalia's government depends heavily on financing from other governments, so the international community can press them to stop the cover up and bring real reforms to end the epidemic of rape by security forces.

Our call for change could really work, but it needs to be big. UN envoy Zainab Bangura has told us that she will directly deliver our petition to donor countries and Somalia's President . Help by signing and forwarding this email -- let's show these women that they're not alone, and that no one has the authority to rape them.

Today: Laila A. is counting on you

Laila A. needs your help with "Somalia: No authority to rape". Join Laila A. and 692,551 supporters today