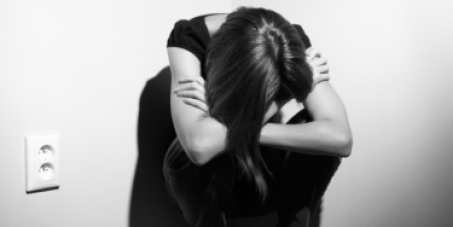 By continuing you agree to receive Avaaz emails. Our Privacy Policy will protect your data and explains how it can be used. You can unsubscribe at any time. If you are under 13 years of age in the USA or under 16 in the rest of the world, please get consent from a parent or guardian before proceeding.
This petition has been created by Elena T. and may not represent the views of the Avaaz community.
x

The Spanish President has revoked the draft bill for the change on the law on abortion. The social pressure was too high: half of the population was against it.

Finally, the Minister of Justice has resigned today.

Thank you to all of you!! This is a great victory for women and freedom.

The new law on abortion that the Spanish government is proposing would mean a 30 years step-back in women rights.

If another postponement does not stop it, the new law on abortion, driven by Minister of Justice Alberto Ruiz Gallardon, will be signed off, eliminating the current system where women have a right to abort during the first 14 weeks of pregnancy. A more restrictive version of the system in force from 1985 to 2010 will override it, becoming the most restrictive law on abortion in 30 years in Spain.

This will become the most unfair abortion law in Europe, forcing women with less resources to risk their lives in illegal abortion procedures and the ones with better means to travel to other European countries, where abortion is legal subject to the woman decision. This has not happened in Spain since our grandmothers time during Franco dictatorship.

The new law intends to:

3 - Remove the decision making on women from 16 to 18 years old regarding abortion, which will lead to high risk practices to stop accidental pregnancy. Paradoxically, girls this age are allowed to decide to marry and have children but not to decide not to have them.

Sexual education, which is the best option to avoid unwanted pregnancies has been removed from the academic curriculum in Spain

This law is ideological and intends to force women to live a reality of legal neglect and insecurity. It is also unnecesary, since it does not address any real concern of Spanish citizens. And, worst of all, unfair, overriding women rights on their bodies and lives.

Motherhood should be a wonderful experience that fills mothers and children with joy, never a forced condition, an unwanted experienced or a penalty. Stop this government burlesque and help Spanish women to keep their freedom and decision power on something as intimate as bringing life to this world.

Today: Elena T. is counting on you

Elena T. needs your help with "Stop the draft bill to change the law on abortion in Spain". Join Elena T. and 2,769 supporters today