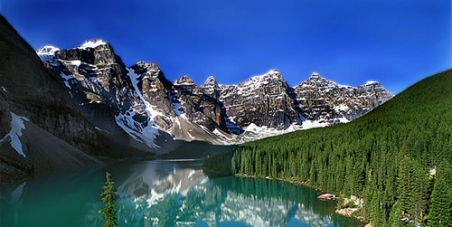 This petition is closed
50 Supporters
Adrienne C.
started this petition to
Stephen Harper
This is not my democracy. The Harper government thinks they know better than all previously elected administrations. They think they can delete, replace and re-brand Canada in one fell swoop. Not in my Canada. Act now to save democracy and create a future where a healthy economy is equivalent to a healthy environment.

"...no other budget bill in Canadian history had repealed, amended or overhauled 70 existing pieces of legislation." (http://thetyee.ca/Opinion/2012/05/10/Bill-C38/)

"You know, this is the sort of thing people used to make quite a bit of a fuss over. ... Bill C-38 is an omnibus Bill of 425 pages, and would destroy or alter over 60 different laws, including completely repealing the: Kyoto Protocol Implementation Act, National Round Table on the Environment and the Economy Act, and the Fair Wages and Hours Labour Act; repealing and replacing the Canadian Environmental Assessment Act; and altering many core provisions of other laws such as the: Fisheries Act, Navigable Waters Protection Act, National Energy Board Act, Species at Risk Act, Parks Canada Agency Act, Canadian Oil and Gas Operations Act, Nuclear Safety Control Act, Canada Seeds Act, Canadian Environmental Protection Act" (http://fullcomment.nationalpost.com/2012/04/30/andrew-coyne-bill-c-38-shows-us-how-far-parliament-has-fallen/)

"This mindset reminds me most of what the former senior economist to the World Bank, Herman Daly, used to describe as “treating the earth as a business in liquidation”, an everything must go mentality and it must be done fast. He offered the opposite view. He said that we needed to understand that the economy was a wholly owned subsidiary of the environment, that these things were not in conflict and that it was so wrong-headed to say that we would only get jobs if we destroyed the environment. ...The bill is out of control through the false notion that we will create jobs through waste and haste." (http://elizabethmaymp.ca/parliament/speeches/2012/05/11/jobs-growth-and-long-term-prosperity-act-bill-c-38-20/)

"Environmental assessments are no longer required for projects involving federal money. The minister is given wide discretion to decide. New 'substitution' rules allow Ottawa to download EAs to the provinces; 'comprehensive' studies are eliminated." (http://www.greenparty.ca/sites/greenparty.ca/files/bill_c-38_petition.pdf)

Today: Adrienne C. is counting on you