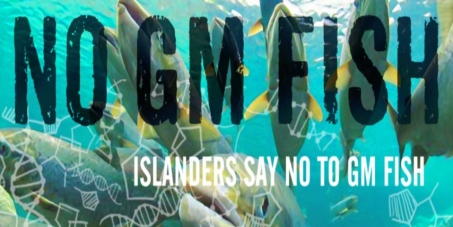 By continuing you agree to receive Avaaz emails. Our Privacy Policy will protect your data and explains how it can be used. You can unsubscribe at any time. If you are under 13 years of age in the USA or under 16 in the rest of the world, please get consent from a parent or guardian before proceeding.
This petition has been created by Sharon L. and may not represent the views of the Avaaz community.
x

Sign this petition
Sharon L.
started this petition to
Premier Robert Ghiz, Prince Edward Island, Canada
The only source of genetically modified salmon eggs on the planet is at AquaBounty’s facility in a remote corner of Prince Edward Island (PEI), Canada. If the US approves this Frankenfish for human consumption in the coming months, we can throw a wrench into AquaBounty’s plans.

The scheme is to ship mutant eggs from PEI to Panama for growing out and processing, then send the meat from the world’s first GM animal for human consumption into the US marketplace. Canada hasn’t yet approved commercial production of the mutant eggs but we can’t trust the anti-science Harper government to do the right thing.

But the provincial government of PEI can ban the production of GM salmon eggs. The egg-producing scheme is of no benefit to the people of Prince Edward Island and, indeed, there is much to be lost. Does this tourist-dependent island want to be known as Home of the Frankenfish, the province that could have stopped the GM salmon but didn’t? Sign to say NO to Frankenfish and share widely.

Islanders Say No to GM Fish

Today: Sharon L. is counting on you