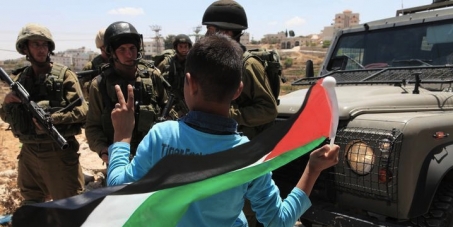 South Africa has stood up for consumer choice and Palestinian rights by issuing a notice requiring that Israel stop mislabeling products made in the Occupied Palestinian Territories (OPT) as 'Made in Israel'.

The notice will allow people to choose for themselves whether they wish to provide economic support to the illegal occupation of Palestine and the settlements, which are a major obstacle to finding a peaceful and equitable solution between Israel and Palestine.

Israel and South Africa are party to international trade agreements that require accurate product labelling. South Africa only recognises the State of Israel within the Green Line (1949 Armistice Agreements).

Therefore, labels should read: "Made in an Illegal Israeli Settlement". However, the Minister is facing a backlash from occupation supporters in South Africa. A 60-day comment period has begun before the notice will become law.

By signing this petition of support, you can help us reach 10 000 signatures, after which we will hand it over to the Minister in support of consumer freedom of choice and the rights of Palestinians. Please share via the Avaaz Facebook, email and Twitter links below.

Open Shuhada Street (for more info: www.openshuhadastreet.org) is a South African based initiative to raise awareness about the lack of freedom of movement in Hebron and injustice towards Palestinians.