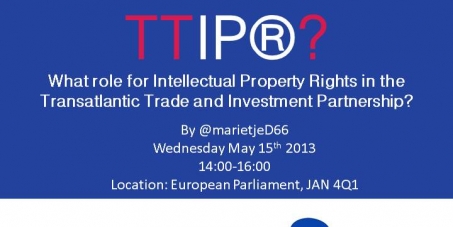 By continuing you agree to receive Avaaz emails. Our Privacy Policy will protect your data and explains how it can be used. You can unsubscribe at any time. If you are under 13 years of age in the USA or under 16 in the rest of the world, please get consent from a parent or guardian before proceeding.
This petition has been created by Jan K. and may not represent the views of the Avaaz community.
x

Sign this petition
Jan K.
started this petition to
European Parliament
Hi,
I would like to EU citizens to take action against two treaties that could greatly affect life in EU countries and their budget for next decades to be due money of taxpayers to private corporations. CETA and new parallel of TAFTA, the TTIP. These treaties are equivalent of well known ACTA.
Both treaties are attacking democratic principals of EU, been negotiated in secret by Ministers of Industry and Commercial. Lead by lobbyist. And there is no time given for public discussions. These treaties are based on copyright and consisting compulsory binding rules to persuade EU and any EU member country to change states democratically approved legislation according to interests of corporation. EU member states after loss at the court have to adapt local legislation according to interests of winning party (understand international corporations). Contents of them are secret. These contracts are going to pass trough EU parliament without being negotiated with member countries and it's MEP's. Also gives no time for public discussions.
My own country is suffering from ratification such treaty thanks to corrupt government.
Czech Republic is now between most sued countries by private international corporate business with vast loss of taxpayer’s public finance, poor legislation in labour code and wage policy. CR loosing funds which could be used more efficiently people in need.
Thank for taking action.