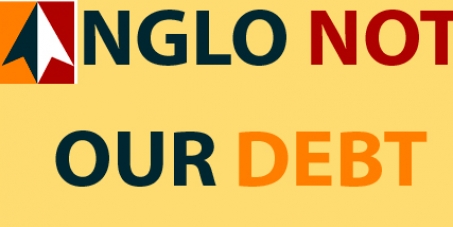 By continuing you agree to receive Avaaz emails. Our Privacy Policy will protect your data and explains how it can be used. You can unsubscribe at any time. If you are under 13 years of age in the USA or under 16 in the rest of the world, please get consent from a parent or guardian before proceeding.
This petition has been created by Mark . and may not represent the views of the Avaaz community.
x

Sign this petition
Mark .
started this petition to
Dear Minister Noonan TD, Minister Howlin TD and all Irish government TDs
Ireland’s debt repayments on the now dead Anglo-Irish Bank and Irish Nationwide Building Society's debts will reach over €47 billion by 2031 and probably much more when borrowing costs are added. The next massive payment is due on 31st March, worth €3.1 billion. This could fund the running of Ireland's entire primary school system.  Instead it is to be taken out of our society and will be disappeared by the Irish Central Bank.

Unbelievably, people in Ireland are repaying these debts even though Anglo is currently under police investigation.

We, ordinary people living in Ireland, already suffering from an economic and democratic crisis we did nothing to create, have been saddled with repaying these unjust debts. A so-called ‘promissory note’ was created as a kind of “IOU”. This note does not have the democratic consent of the people.

This money could and should be used to maintain and expand public services and provide a desperately needed stimulus to the depressed economy.

I call on you to support an immediate suspension of these repayments and to advocate that the Irish Government enter into negotiations with the relevant parties, including the European Central Bank, to ensure that this unjust debt is written down in full.

Today: Mark . is counting on you