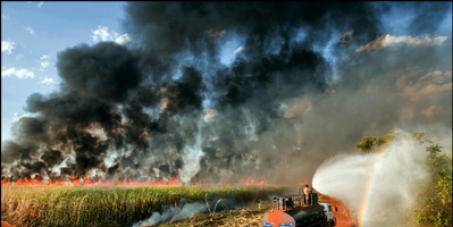 By continuing you agree to receive Avaaz emails. Our Privacy Policy will protect your data and explains how it can be used. You can unsubscribe at any time. If you are under 13 years of age in the USA or under 16 in the rest of the world, please get consent from a parent or guardian before proceeding.
This petition has been created by Vic C. and may not represent the views of the Avaaz community.
x

Sign this petition
Vic C.
started this petition to
Anyone who cares about biodiversity and stopping stupid development in wilderness, Please sign the petition and save our wilderness from this idiotic development
The Chinese Shanghai Zhongfu Group plans to invest up to A$700m (US$728m) in the next six years in developing land in the far north (of Western Australia) and building a sugar mill that will produce about 4m tonnes of sugar cane and 500,000 tons of sugar crystal for export annually. The company will lease 13,400 hectares (33,100 acres) of government-owned land for periods of 10 years to 50 years.’

Much of the the land is virgin bush where highly valuable wild food and medicinal plants will be wiped out to be replaced with a monoculture that typically soaks up vast tonnes of pesticides, chemical fertilizers, way too much water and if they still burn the cane before harvest, contributes significant carbon pollution as well. There’s other environmental impacts with displaced wildlife, permanent destruction of habitat, polluted run-off, contaminated neighboring land and a refuge for cane toads.

The throw-away line, “Government-owned land” begs some questions too. What Aboriginal people are being displaced from their traditional Lands, country that’s been occupied and managed for maximum biodiversity for a brief 60,000 years. Are they being re-located or just driven off? Have they been promised some beads and shells as royalties as their sacred sites are wiped from the planet?

Yep. Makes sense giving this opportunity to the Chinese who are well smart enough not to grow this stuff at home.

And what’s being produced?

A useless crop of an artificial sweetener which will lead to more cases of ‘diabesity’ and other nutritional diseases. Great. Government health budgets will need a lift so I hope that this has been factored into the economic plan.

There must be nearly a million new diabetics every year in China by now. The world really needs all this white death.