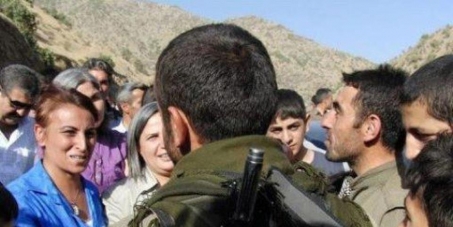 This petition is closed
50 Supporters
Φοίβος Σ.
started this petition to
Mark Zuckerberg, CEO Facebook, Eduardo Saverin, Dustin Moskovitz, Chris Hughes, European Court of Human Rights Council of Europe, 67075 Strasbourg, Cedex France, Abdullah Gül, President of Turkey, Recep Tayyip Erdoğan , Prime Minister of Turkey, Undersecretary Hakan Fidan, Millî İstihbarat Teşkilatı, Turkey
The Kurdish nation is the largest nation in the world deprived of its land. Kurdistan is occupied by Turkey, Syria, Iran and Iraq mainly. Only South Kurdistan enjoys relative freedom and it is an autonomous region within Iraq. Despite a prolonged struggle for self-determination in the Turkish occupied Kurdistan and the ostensible freedoms allowed by the current neo-Ottoman regime Kurds are deprived of their most basic rights.
.

The video, apparently shot by a hand-telephone, shows the police shooting civilians for no apparent reason. What had happened is that a car with four Kurdish brothers had a minor accident with a police car. As soon as the policemen heard the four talking in Kurdish they reacted violently. First, one hit heavily one of the brothers with a telephone and then they shot and wounded three of them and killed the fourth.

In any other country, having a minor accident with a police car is a misfortune. If you are a Kurd in Turkey it may cost you your life. This is the kind of daily harassment that Kurds have to deal with.

“Abdullah Ocalan was the most wanted man in Turkey for almost two decades until his kidnapping and arrest in 1999. He has been in prison ever since. He is the founder of the Kurdish Workers Party (PKK). From 1984, under his leadership, the PKK fought for an independent Kurdish state in the south east of Turkey. In a sustained popular uprising, tens of thousands of PKK guerrillas took on the second largest army in NATO.

Since his imprisonment, Ocalan has written extensively on Kurdish history. This book brings together his writings for the first time. Breathtaking in scope, it provides a broad Marxist perspective on ancient Middle Eastern history, incorporating the rise of the major religions (Islam, Christianity and Judaism), and defining the Kurdish position within this, from the ancient Sumerian civilization through the feudal age, the birth of capitalism and beyond.” (http://www.amazon.co.uk/Prison-Writings-Vol-Roots-Civilisation/dp/0745326161)

Turkey managed to have PKK declared a terrorist organization by the USA, NATO and the EU. However, PKK and Ocalan represent to the Kurds in Turkey what ANC and Mandela did for the South Africans.

The words Ocalan, PKK, APO (nickname of Ocalan) and even the words Kurd, Kurdistan were banned from usage in Facebook accounts within Turkey. Now, Facebook has proceeded to ban them from accounts all over the world. This means that Facebook is actually monitoring and censoring everybody’s account. This constitutes a flagrant violation of freedom of speech and privacy.

We would like to get millions of signatures for this petition but will hand it to the recipients as soon as it reaches 100 thousand and then and ½ a million, a million etc as many as we get.

Today: Φοίβος Σ. is counting on you