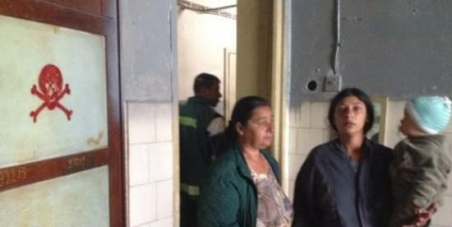 By continuing you agree to receive Avaaz emails. Our Privacy Policy will protect your data and explains how it can be used. You can unsubscribe at any time. If you are under 13 years of age in the USA or under 16 in the rest of the world, please get consent from a parent or guardian before proceeding.
This petition has been created by Doina P. and may not represent the views of the Avaaz community.
x

Sign this petition
Doina P.
started this petition to
Victor Ponta, Prime Minister of Romania and President of the Social-Liberal Union, Government of Romania

Update: The situation is unchanged and the mayor received no political sanctions so far but managed with his discriminatory action to score the biggest share of the vote in local elections, more than any other mayor in the country! This is outrageous! Please help us further by signing and sharing!

A local Romanian mayor has just forcibly evicted over 38 Roma families from their accommodation -- and is now forcing them to live in a toxic, decommissioned chemicals factory. Small children are already in hospital after chemical exposure, and the situation is so horrifying a respected Romanian newspaper is comparing this to Auschwitz. But the Romanian Prime Minister can stop this shocking treatment.

This factory 'accommodation' is still filled toxic remnants of the factory, shut down in 2005 and known locally as "The Death Plant". Outrageously, Mayor Cătălin Cherecheș has joked that Roma are falling ill from the "cleanliness" of the factory. He's hoping to win votes by appearing 'tough' on Roma ahead of an election on Sunday, but we can turn these horrible acts against him. The local Mayor is a member of the Prime Minister's Social-Liberal Union, and if we pressure the PM Victor Ponta to speak out against this abuse, we can force the Mayor to close this death factory and re-house the victims.

As a Romanian, I'm deeply shocked by the way these people have been treated. But the new Romanian PM is looking to establish his credibility in Romania and Europe -- so let's make sure he does the right thing. Sign my petition to call on the PM to demand the Mayor apologize and re-accommodate these innocent Roma!

Today: Doina P. is counting on you