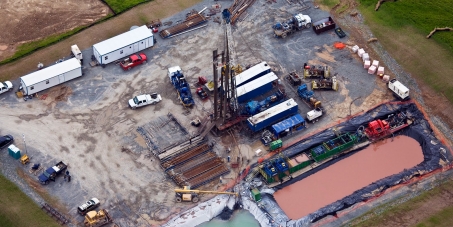 By continuing you agree to receive Avaaz emails. Our Privacy Policy will protect your data and explains how it can be used. You can unsubscribe at any time. If you are under 13 years of age in the USA or under 16 in the rest of the world, please get consent from a parent or guardian before proceeding.
This petition has been created by Jeanie L. and may not represent the views of the Avaaz community.
x

Sign this petition
Jeanie L.
started this petition to
The South African Cabinet
Our Karoo is under threat – current applications for horizontal fracking, a water intensive and environmentally destructive extractive process, cover more than half the Karoo in South Africa, 230,000 sq km, an international recognized biodiversity hotspot, culturally and heritage rich area - sensitive to industrial processes and large scale intrusive developments and mining.
Many people in South Africa are very concerned about the potential negative impacts that the extensive process of shale gas mining can cause, as recorded in the USA, international research reports and articles.

The moratorium on shale gas exploration has been lifted on the 7th of September 2012, despite the lack of wide public consultation and participation.

The controversial extraction method of unconventional fracking (High-Volume Slick-water Horizontal Hydraulic Fracturing) is under ban or moratorium in more than a 155 places around the world.

Recently, Prof. Van Tonder from the University of the Free State said, that due to the unique geology of the Karoo, groundwater contamination will be inevitable. http://dailymaverick.co.za/article/2012-06-15-confessions-of-a-fracking-defector.
Before any decision can be made, the moratorium on fracking must be extended and fracking should be prohibited in South Africa until thorough scientific research is done to prove that shale gas mining can be done safely according to South African conditions. We currently don’t know where water would be sourced, how safe the drilling would be and how toxic and radioactive waste water would be disposed of. We do not know what the external costs in terms of enforcement, community health impacts and road repairs etc. would be.
The science surrounding the technology and its impacts (both positive and negative) is largely unsettled.

Some research suggests that the extraction process and fugitive methane emissions could make shale gas as bad as coal for the climate.
Shale gas drilling and extraction has lead to groundwater contamination (like in Pennsylvania - http://www.peherald.com/news/article/2974 ), habitat loss and fragmentation and wildlife population decline in some animal species in Wyoming for example
We, as the public of South Africa, are entitled to our constitutional rights to a clean environment that is not harmful to our health.
Read more : www.treasurethekaroo.co.za

Today: Jeanie L. is counting on you