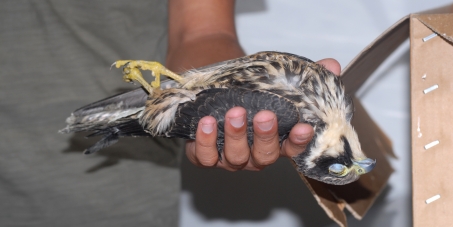 Stop illegal hunting and trapping of birds in Malta

This petition is closed
50 Supporters
Jan R.
started this petition to
Janez Potocnik - European Commission
Malta recently changed the conditions by which hunters could obtain a licence to hunt for turtle dove and quail in Spring through a derogation of the Birds Directive. Among the conditions changed was the removal of a 50 Euro licence fee and the requirement that registered hunters wear an armband in the countryside to identify themselves. The result has been that over 9.500 hunters registered for the spring hunting season of 2013 compared to 6.000 in 2012.

The consequent increase in registered hunters placed a requirement on the Maltese government to supervise the hunting season with about 66 police officers during hunting hours. The part of the police force charged with this responsibility, the ALE (Administrative Law Enforcement), comprises only 18 officers. To be properly applied, a Spring derogation must be strictly supervised. The removal of the licence fee and armbands as well as the clear lack of available enforcement staff among the ALE clearly demonstrates that Malta has contravened the rules that surround the proper application of a derogation of the Birds Directive to allow Spring hunting in 2013. There is no indication that the Maltese government intends to deal with the situation itself, otherwise it would have suspended the hunting season while law enforcement issues were dealt with. As a consequence of this, the European Commission is required to remove the derogation and so suspend spring hunting on the Maltese Islands with immediate effect.

In 2012 BirdLife Malta received 101 injured or dead shot birds, nearly all were protected species from grey heron to swallow and most of the raptors that fly over were targeted. This was the highest number since 2008 and indicates a worsening situation. Clearly BirdLife Malta only receives a very limited number of the actual illegally shot birds. As regards trapping it is rife again. BirdLife Malta recently undertook some surveillance work and found lots of evidence of illegal finch trapping at hot spots throughout the island. Trappers are using illegal lures and any means they choose to trap birds. One of the reasons the situation is worsening is undoubtedly the agreement made by hunters with the Labour Party before the election. They have even said they will find a way for a derogation for finch trapping, so the situation is getting worse.

Today: Jan R. is counting on you