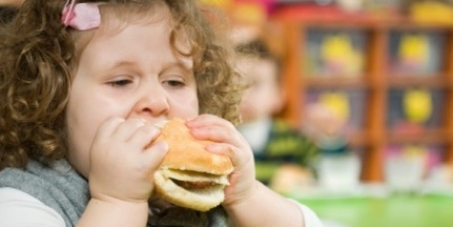 By continuing you agree to receive Avaaz emails. Our Privacy Policy will protect your data and explains how it can be used. You can unsubscribe at any time. If you are under 13 years of age in the USA or under 16 in the rest of the world, please get consent from a parent or guardian before proceeding.
This petition has been created by Dr A. and may not represent the views of the Avaaz community.
x

Sign this petition
Dr A.
started this petition to
The International Olympic Committee, Jacques Rogge, President of IOC
As a cardiologist I'm disturbed to see that the human race has never been more out of shape or obese in all it's history. So as the world's greatest sporting spectacle - the Olympics- kicks off in London, let's call on our sporting bodies to fight "globesity" and stop fast food from sponsoring our sport.

The impact on the world's waist line is catastrophic with the US alone spending $147 billion in fighting the globesity epidemic. And while athletes set world records with their incredible fitness, in the stands and on the couches McDonald's Cadbury's and Coca-Cola are sponsoring these games and contributing to making the world fatter and unhealthier. I am most concerned that 42 million children worldwide are already overweight by the age of 5. We must protect them from junk food advertising otherwise the coming generation will not forgive us.

For the Olympic Games in London we have a golden opportunity to demand that junk food is given the high jump from our stadiums and kicked off our TV screens. Let's tell the Olympic president what we think. I continue to campaign with other leading doctors and Jamie Oliver in tackling childhood obesity. Please sign my petition and we will deliver it directly to the Olympic Committee. Let's not make the world's greatest sporting spectacle the obesity games.

Today: Dr A. is counting on you

Dr A. needs your help with "Stop junk food sponsoring the Olympic Games". Join Dr A. and 645 supporters today