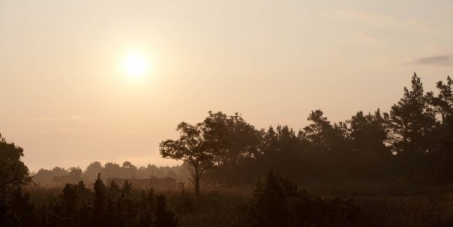 By continuing you agree to receive Avaaz emails. Our Privacy Policy will protect your data and explains how it can be used. You can unsubscribe at any time. If you are under 13 years of age in the USA or under 16 in the rest of the world, please get consent from a parent or guardian before proceeding.
This petition has been created by Peter Ö. and may not represent the views of the Avaaz community.
x

Sign this petition
Peter Ö.
started this petition to
Janez Potočnik, Member of the European Commission
Update, 24th of April 2015: Today we deliver 30738 signatures to the Swedish Minister for Climate and the Environment, Deputy Prime Minister Åsa Romson.
---------- Update, 12th of April 2015: The Swedish Environmental Protection Agency has recommended the Swedish government to declare the whole area as a Natura 2000 site. As a direct result of this the court process has been halted until decissions are made by the government or until 31th of August 2015.
---------- Update , 2nd of June 2014: The Court of Ground and Environmental Issues grants Nordkalk permission for the mining operation and finds that there is no need to get a preliminary decision from the EU-court.
---------- Update, 18th of June 2013: The Supreme Court rules that the previous ruling of admissibility cannot hinder an approval procedure according to the requirements in article 6.3 of the EEG Habitats Directive. The case is remanded to the Land and Environments Court. This is again a great but temporary victory as we now have to go through the whole legal process again.
---------- Update, 1 September 2012: Under intense pressure, the forest contractor Mellanskog has stopped logging while the court makes its decision. This is an amazing victory, but only temporary. Let's keep the pressure on the EU Commissioner to ensure the forest is saved for good!
----------

Today: Peter Ö. is counting on you