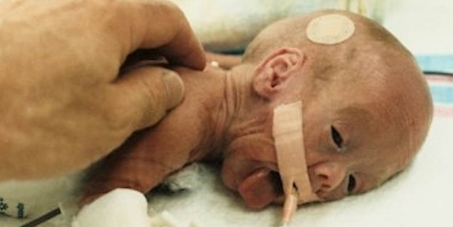 By continuing you agree to receive Avaaz emails. Our Privacy Policy will protect your data and explains how it can be used. You can unsubscribe at any time. If you are under 13 years of age in the USA or under 16 in the rest of the world, please get consent from a parent or guardian before proceeding.
This petition has been created by Peter A. and may not represent the views of the Avaaz community.
x

Sign this petition
Peter A.
started this petition to
Dr. Margaret Chan, Director-General of the World Health Organization.
Baby-blinding retinopathy of prematurity (ROP) is a leading cause of childhood blindness in much of the world. Yet, the medical approach to this ongoing epidemic has been misled by blatant research frauds and compromised by gross ethics violations that killed and maimed many premature babies like disposable guinea pigs without addressing the problem.
Moreover, the U.S. health officials in charge routinely denied the ethics violations and misrepresented the facts to cover up the research crimes, as some top leaders at the U.S. National Institutes of Health (NIH) are doing right now to defend the lack of parental consent and to deny the premeditated killings in the recent lethal SUPPORT experiment of restricting oxygen breathing help for premature babies. See http://retinopathyofprematurity.org/RelapseTo
PreNurembergCodeBioethics.htm for documentation.

The doctrine of withholding supplementary oxygen from preemies to stop ROP was introduced in 1955. It was hailed as a great success because it quickly ended the blinding, but it did so only by intentionally killing off the preemies most likely to suffer the eye damage. The influential U.S. doctors responsible for this throttling of the life-saving gas had blamed "defective germ plasm" for the blinding and advised to not be so "zealous in preserving these defective persons". Their crypto-eugenicist program to eliminate the blinding by restricting the needed breathing help became instant unverified dogma for intensive care nurseries around the world. In its first two decades, it killed in the U.S. alone at least 150,000 of the most vulnerable babies because the prestigious researchers had falsely claimed that this systematic asphyxiation program did not affect the preemies' mortality, and no one questioned their knowingly false assertion.
Similarly, the designers of the1990s LIGHT-ROP experiment in the U.S. rigged their protocol to falsely assert the innocence of the bright fluorescent nursery lighting, despite a mountain of solid evidence that its excessive brightness in the most retina-damaging wavelength was and still is the primary cause of the continued baby-blinding. Oxygen had been given to preemies routinely for many decades when the ROP epidemic started in the U.S. in 1940, the first year after the introduction of fluorescent lamps. The same sequence happened again after World War Two in many other industrial countries as soon as these lamps became available there. The typical intensive care nursery lighting exposes the unprotected retinae of a preemie in just a few minutes to the dose of damage-weighted blue-light-hazard which the U.S. Occupational Guidelines have set as the cumulative danger limit for adult industrial workers in an eight-hour shift.
For a detailed documentation of these two major research frauds, see http://retinopathyofprematurity.org/01summary.htm and the pages grouped with it in the navigation bar at left, particularly http://retinopathyofprematurity.org/20oxygeneugenics.htm about the still unacknowledged reason for this systematic medical mass killing.
The above SUPPORT experiment is the latest example of unethical preemie-harming ROP research. It is one of the parallel NeOProM oxygen-restricting experiments in which deceptive medical researchers did not inform the parents about the risks but predictably killed many "extra" preemies in the low-oxygen groups and are likely to leave many others with permanent severe brain damage.
The umbrella proposal for this NeOProM research is posted at http://www.biomedcentral.com/content/pdf/1471-2431-11-6.pdf. The individual experiments conducted under it were BOOST II Australia and UK, BOOST NZ, COT in Canada, Argentina, Finland, Germany, Israel, and the U.S., and SUPPORT in the U.S.. Their common design had many flaws, including the serious ethics violation that they deliberately exposed the babies in the low-oxygen groups to an increased risk of death and severe brain damage and had therefore to be conducted behind the backs of the parents.
The researchers knew that they could not obtain those parents' informed consent if they explained the relative risks in the two groups of their experiment, but they also knew they had nothing to fear for breaking this rule, at least in the U.S.. When the media learned of this violation, the experimenters and their "bioethicist" colleagues simply circled their wagons and denied all wrongdoing. Even the Director of the U.S. National Institutes of Health (NIH) and two of his top executives there joined the chorus of Nuremberg-Code-scorners to deny the need for consent and to cover up the SUPPORT researchers' crime of deliberately asphyxiating 23 human babies for "science".
*

Peter Aleff is a retired engineer and factory manager, and an active researcher. One of his sons was born prematurely and remains blind and brain-damaged from that ordeal.