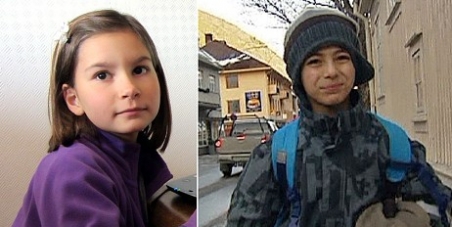 Stop sending asylumchildren who are born or lived more than 3 years here out of Norway!

By continuing you agree to receive Avaaz emails. Our Privacy Policy will protect your data and explains how it can be used. You can unsubscribe at any time. If you are under 13 years of age in the USA or under 16 in the rest of the world, please get consent from a parent or guardian before proceeding.
This petition has been created by Irene K. and may not represent the views of the Avaaz community.
x

Sign this petition
Irene K.
started this petition to
Grete Faremo, the Minister of Justice, Norway, Prime minister Jens Stoltenberg, Norway
1.The asylum legislation in Norway and the courts do not take enough heed to the Childrens convention.A Highcourt descition last week would not consider that two children from two different families, that had lived in Norway for 10 years , with their families ,who were well integrated in schools and with local community; should have the right to stay in Norway.

One of the families are from Iran and the father risk excecution in Iran for converting from Islam to another religion.

The other familiy has allready been deported out of Norway to the parents homecountry,Bosnia and suffer unemployment and tough situation.

The descition in High court has an impact on an amount of 450 other children who are in danger of being sent by force out of Norway. Many of them to the terrible dictatorship and hardship in Ethiopia, while the parents are fearing for their lives.

We want the Avaaz community to help influencing the politicians in Norway to change the law about asylum so that children clearly should have independent rights to be considered in Norway as the country they are born in or the country they have lived in more than 3 years of their lives.

We want children to NOT be considered returnable to a country they never have been in; just as a luggage following their parents!

2.We want children from asylumseekerparents to have the same rights for social security as other children in Norway. Today parents are resisted the right to work as long as they have got final negative on their asylumcases; even when they are not returnable to their homecountry.
Children do not have social security rights with other children in Norway in this situation of their parents, and the hole familiy are living on benefits that are much lower than possible to live on and exist on.The policymakers are trying to force the families to leave Norway by starving them.

We need the international community to recognise that this are happening in Norway while Norway has a high star in the international society as a country that support human rights in other parts of the world!
The politic towards asylumseekers as a whole has worsend in the period of the Prime minister Jens Stoltenberg.
3. We need international awareness to create pressure on our government to STOP attacing people who are unable to make defence for themselves; and who is not given the possibility of proper leagal support to help them with their asylumcase, since the government has taken away allmost all the resourses of leagel help. So only the people who get opinionsupport from private people in the communities to pay for a lawyer, can take their cases to court,or defend their case against the leagal bodies for asylum UDI and UNE.

Today: Irene K. is counting on you

Irene K. needs your help with "Stop sending asylumchildren who are born or lived more than 3 years here out of Norway!". Join Irene K. and 929 supporters today