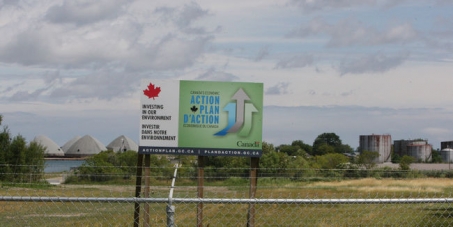 Stop the Construction of an Ethanol Plant on Oshawa's lakeshore.

By continuing you agree to receive Avaaz emails. Our Privacy Policy will protect your data and explains how it can be used. You can unsubscribe at any time. If you are under 13 years of age in the USA or under 16 in the rest of the world, please get consent from a parent or guardian before proceeding.
This petition has been created by member-anonymized and may not represent the views of the Avaaz community.
x

Sign this petition
member-anonymized
started this petition to
The Government of Canada
In August of this year the Oshawa Port Authority, whose members are appointed by the Canadian federal government, gave approval to build an ethanol plant on the Oshawa waterfront. Ethanol is not a 'green' fuel source and the production of ethanol drives up food prices by turning food and feed grain into fuel. The United Nations recently urged the United States to suspend ethanol production to help stave off a global food shortage.

Locally, the ethanol plant would be located adjacent to Oshawa's largest park and public swimming area. Approval for the plant was given despite the opposition of the residents of Oshawa and Oshawa's city council. It was also done without a complete environmental assessment or public consultation. The board that made the decision includes a number of Conservative party insiders, including Tim O’Connor, brother of the president of the company that was given approval to build the plant