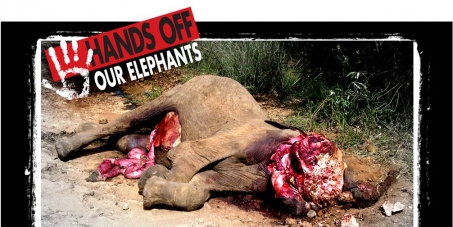 Stop the Elephant Slaughter in Kenya

By continuing you agree to receive Avaaz emails. Our Privacy Policy will protect your data and explains how it can be used. You can unsubscribe at any time. If you are under 13 years of age in the USA or under 16 in the rest of the world, please get consent from a parent or guardian before proceeding.
This petition has been created by Paula K. and may not represent the views of the Avaaz community.
x

Sign this petition
Paula K.
started this petition to
President Uhuru Kenyatta, Kenyan public, poachers, dealers, traffickers, ivory buyers
On the 7th April, a Vietnamese traveler was arrested in Nairobi’s international airport while in transit from West Africa to Vietnam, Asia for possession of ivory. The ivory was worth US$ 67,000 and represented up to 15 dead elephants. He pleaded guilty and was released with a fine of US$ 500. That means the current Kenyan law, the value of an elephant between US$30 and US$115. The last time you went to the supermarket, you spent the equivalent to an elephant being poached and killed for its ivory.

In President Uhuru Kenyatta’s, inauguration speech he stated: “My fellow Kenyans, poaching and the destruction of our environment has no future in this country. The responsibility to protect our environment belongs not just to the government but to each and every one of us.”

Citizens and friends of Kenya, let us join together, so that President Kenyatta, hears a cry from each of us to stop the poaching and destruction of Kenya and secure the future for elephant populations across the land.

Today: Paula K. is counting on you