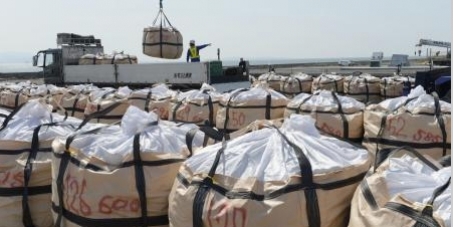 Stop the Incineration of Radioactive Disaster Debris in Osaka!

By continuing you agree to receive Avaaz emails. Our Privacy Policy will protect your data and explains how it can be used. You can unsubscribe at any time. If you are under 13 years of age in the USA or under 16 in the rest of the world, please get consent from a parent or guardian before proceeding.
This petition has been created by Nikolai T. and may not represent the views of the Avaaz community.
x

Sign this petition
Nikolai T.
started this petition to
The Honorable Toru Hashimoto, Mayor of Osaka
Friedensreich Hundertwasser, the Austrian artist, once thought to enrich the urban landscape of Osaka by putting his own particular stamp on the city; to make an urban eyesore, a waste treatment facility, into a thing of beauty. How horrified would he be today, as a staunch anti-nuclear activist, to know that his beautiful facility was contaminating the citizens!

No-Nukes Action Committee, of Osaka’s sister city of San Francisco, CA is asking you to get involved. Here are the details:

Since the March 11, 2011 Great East Japan Earthquake and Tsunami, and the subsequent explosions and melt down of the three nuclear reactors at Fukushima Daiichi Nuclear Power Plant, there has been an effort to decontaminate the worst areas around the plant within the 20km radius. Most of this area has been found to be more contaminated than the land around Chernobyl. In 2012, Goshi Hosono, Minister of the Nuclear Disaster as well as of Materials, Economy, Trade and Information, made the statement that all of Japan “has to share the pain of Fukushima.” Just a few suspected at the time just how literally he would make this happen.

Mr. Hosono decided to ship the highly contaminated rubble to every corner of Japan for incineration in municipal waste centers, which were obviously not equipped to deal with radioactive waste. The burning of this waste is spreading radioactivity everywhere, all over Japan and even to other countries as the radioisotopes rise into the jetstream and travel the air currents around the globe (approximately once every 40 days or so). Not just radiation but toxic chemicals of all kinds, none of which have been cataloged, are being burned and spread everywhere as well. This toxic radioactive pollutant could spell the end of Japan; people all over Japan are already getting sick from radiation and three of the workers at incineration plants have dropped dead of heart attacks soon after the burning of the debris; Cesium, a radionuclide released in the burning, lodges in the heart muscle and destroys it.

This program of burining radioactive waste everywhere will put an end to the culture and way of life of Japan. Put your voice forward and say NO! to this madness. Please sign this petition addressed to the Mayor Toru Hashimoto of Osaka and demand the rights of health and safety for the citizens of Osaka, and for yourself.

Today: Nikolai T. is counting on you