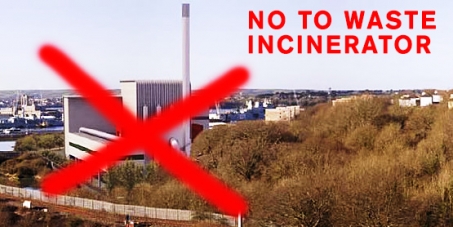 Stop the building of Waste Incinerator at Plymouth Devonport

By continuing you agree to receive Avaaz emails. Our Privacy Policy will protect your data and explains how it can be used. You can unsubscribe at any time.
This petition has been created by Andy S. and may not represent the views of the Avaaz community.

Sign this petition
Andy S.
started this petition to
Rt Hon Mr Edward Davey MP - Sec. State for Energy & Climate Change
'Energy From Waste' is one of the most expensive ways of generating electricity - it is also one of the dirtiest. It produces up to 5% of highly toxic 'fly ash' that has to be stored safely for generations, and 30% 'bottom ash' that in this case will be effectively dumped in Buckfastleigh.

It is in fact an expensive and polluting way of avoiding land fill tax and is neither an effective waste disposal method nor energy generator.

At a time when we are looking to reduce waste production by increasing recycling, this would be an investment in continued waste production. In a few years we could be in the same position as Sweden, who are having to import waste from other countries to keep their incinerators fed. We propose the government use the money to promote recycling and invest in clean energy instead.

Let's not turn Devonport and Buckfastleigh into the bonfire & dumping grounds of Devon and beyond...

Today: Andy S. is counting on you