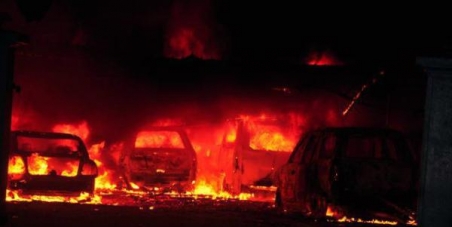 By continuing you agree to receive Avaaz emails. Our Privacy Policy will protect your data and explains how it can be used. You can unsubscribe at any time. If you are under 13 years of age in the USA or under 16 in the rest of the world, please get consent from a parent or guardian before proceeding.
This petition has been created by Mohamed and may not represent the views of the Avaaz community.
x

Sign this petition
Mohamed
started this petition to
MR.Mohamed Nasheed, Ex President and Leader of Maldivian Democratic Party., Dr. Mohamed Waheed Hassan , President of Maldives, Commonwealth Ministerial Action Group, Mr.Ban Ki Moon, UN Secretary General, Human Rights Commission of Maldives, European Union, Inter Parlimentary Unit
We are calling upon Mr.Nasheed, the leader of Maldivian Democratic Party (MDP) to stop actions which has caused unprecedented divide and hatred among the people of Maldives. After resigning on live television on the 7th of February 2012, ex-president Nasheed, after 24 hours of his resignation then claimed he was forced to resign under duress, yet has failed to prove or take the matters to the courts. Instead he has gathered his supporters to the streets, incited hatred among people and has continued to organize street protests and encourages acts of terror. We urge Mr.Nasheed to stop calling out for civil disobedience and stop encouraging the break of law. We condemn the acts of violence and arson, which are being committed by MDP and its supporters. We are urging all political parties in the Maldives to find a peaceful resolution to the current situation through civil decorum, without the call for violence and within democratic means. Stop further riots and civil disobedience acts by MDP. We are calling upon all Leaders to intervene in MDP’s terrorism and urge to stop their actions. We are calling upon MDP to take matters to the courts to prove the allegations of the coup. If MDP cannot accept the Maldivian Supreme Court, then take the matter to the International Court of Justice. Mr Nasheed held a meeting on Feb 7th, prior to the announcement of his resignation to inform his cabinet of his reasons for resignation. We also note that at this juncture Mr.Nasheed had the opportunity to inform his cabinet that he was forced to resign. However none of these members, have given testimony to support the allegations or otherwise. Please seek a transparent inquiry into the claims and prove the matter in court. We condemn MDP using women and under aged youth as shields during protests.We condemn MDP encouraging supporters to bully the public, for expressing views which opposes their agenda. We condemn the display by the MDP parliament members which caused the suspension of the parliament on the 1st of March 2012. We are against verbal abuse, profanity, and personal insults, targeted bullying which has sadly been encouraged by MDP. Such behavior by MDP has terrorized and caused much divide among our society. Ties within families have been compromised and friends are turning foes. These actions go against the grain of true democratic values. We urge all parties to discourage such acts and encourage tolerance amongst all and find a peaceful civil resolution.
Report this as inappropriate
There was an error when submitting your files and/or report.
Inaccurate Inappropriate language Hate speech Illegal Commercial/spam Offensive
×

Today: Mohamed is counting on you