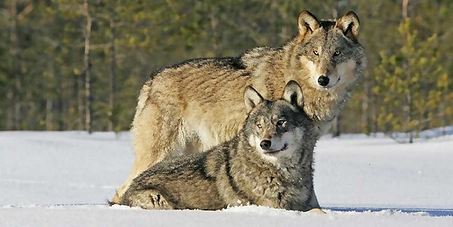 Stop the killing of one fifth of the Lithuanian wolves!

This petition is closed
50 Supporters
Lukas P.
started this petition to
President of the Republic of Lithuania Dalia Grybauskaitė, Minister of Environment of the Republic of Lithuania
This year the Lithuanian Ministry of Environment has increased the wolves' hunting quota to 50, compared to five wolves’ quota of last year. This was done despite the fact that the official survey in the state forests carried out this spring counted 250 wolves. In result the Ministry of Environment has allowed the hunters to hunt one fifth of the wolves counted in Lithuania during the official survey.

Such decree by the Minister of Environment should be recalled because:

• The hunting quota is set in violation of the Wolf Population Control Plan, enacted in the beginning of this year. Under its provisions if results of the survey shows 250 wolves, their population cannot be reduced further and the hunting of the wolves can only be allowed in certain identified areas.

• The set quota is not based on the actual damage caused by wolves to the farmers. Comparing the official data for 2010 and 2011 a decrease in damage to the farmers is observed, while the data for this year is not yet available which makes it impossible to set the conditions for wolf hunting based on the damage they cause.

• Unfoundedly intensive hunting of the wolves compared to the numbers established during the official survey creates serious threat to the stability of the wolf population in Lithuania.

1. The decree of the Minister of Environment of the Republic of Lithuania, setting a hunting quota of 50 wolves for the wolf hunting season of 2012-2013 to be recalled.
2. The hunting quota is set in accordance with the provisions of the Wolf Population Control Plan and based on the results of the official survey and the data on the actual damage caused by wolves. Hunting of wolves should be allowed only in certain areas, taking into account collected data on their numbers and damage, so that the wolves are not exterminated from various areas in Lithuania.

Limiting the hunting of wolves

In many European countries wolves are under strict protection. Upon entering the EU Lithuania, like other Baltic states, has negotiated an exception which allows wolf hunt in Lithuania as long as the stability of the wolf population in Lithuania is not threatened.

Wolf hunting in Lithuania is limited since 2005. At first a yearly hunting quota of 20 wolves was set. Later on it was increased – to 30 wolves in 2008 and 40 in 2009. The record number was set in 2010 when the Ministry of Environment set the quota of 60 wolves. This quota however was reduced to 40 wolves after active protest by the public.

In February 2012 Mr Gediminas Kazlauskas, the Lithuanian Minister of Environment, has enacted the Wolf Population Control Plan, which sets out rules concerning wolf population in Lithuanian, including rules on official surveys of the wolves and the hunting quotas.

The Plan aims to control the wolf hunting in such a manner that it would not endanger the stability of the Lithuanian wolf population and foresees that 250 wolves is the minimal desired number of wolves, and if such number is established by official surveys certain restrictions on hunting apply. Furthermore, according to the Plan, the maximum hunting quota that can be set is 20 % of the population found by the official surveys, while depending on the circumstances it can be considerably lower. Finally, if during the official survey a number of 250 wolves is found, the hunting must be regional, whereby the Minister would set out identified areas were hunting is allowed. This limitation is aimed at ensuring that wolves are hunted solely in areas where there are plenty of them and the damage to the farming is big, while the areas with small numbers of wolves are left undisturbed.

Shortly after enactment of the Plan, the official survey in the state forests, conducted by the Directorate General of State Forests, counted 250 wolves. Disregarding the mandatory rules, the Minister of Environment did not set regionalized hunting and instead allowed hunting throughout the Lithuanian territory and set the hunting quota at the maximum, without taking into consideration all relevant circumstances on wolf population and data on damage caused by the wolves, since it was not available at the time (nor is it today).

The hunting quota for the 2012-2013 wolf hunting season violates the essential rule of the Wolf Population Control Plan – not to cause damage to the wolf population in Lithuania – and is ungrounded. Therefore it should be repealed.

We are proud to have the wolves in our forests! Let‘s ensure it remains that way!

Today: Lukas P. is counting on you

Lukas P. needs your help with "Stop the killing of one fifth of the Lithuanian wolves!". Join Lukas P. and 8,676 supporters today