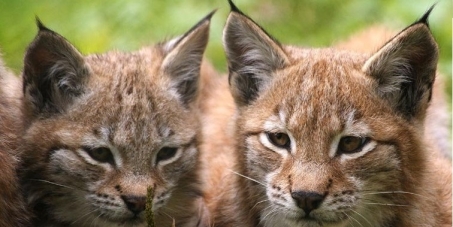 By continuing you agree to receive Avaaz emails. Our Privacy Policy will protect your data and explains how it can be used. You can unsubscribe at any time. If you are under 13 years of age in the USA or under 16 in the rest of the world, please get consent from a parent or guardian before proceeding.
This petition has been created by Frida S. and may not represent the views of the Avaaz community.
x

Sign this petition
Frida S.
started this petition to
Lena Ek (miljöminister)
The Swedish government has come up with a proposal to reduce the numbers (with an overall number of almost 4900 animals) of the following predators: wolves, lynx, bears, wolverines and golden eagles. We already have very few predators in Sweden compared to what we should have. The proposal is not based on science and it also runs against the Habitats and Species Directive. We want the proposal voted down and that a new proposal will be presented that is based on science and that complies with EU laws.

We have about 350 wolves in Sweden, they want to reduce the number to 170, even though research shows that we need at least 700 wolves to have a healthy and strong wolf population.

Environment Minister Lena Ek has admitted that there is incorrect information in the proposal and this is what she had to say about that: "Lagt kort ligger även om det är fel kort - Which means something like: "The proposal is made and it stays that way even if it contains incorrect numbers and information.


Sign the petition if you want them to modify the proposal and base it on science instead of what they think is appropriate.