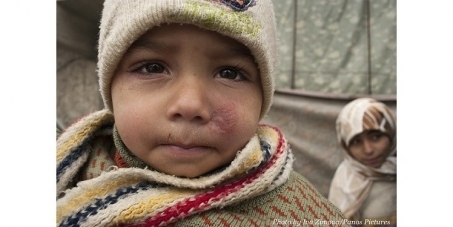 By continuing you agree to receive Avaaz emails. Our Privacy Policy will protect your data and explains how it can be used. You can unsubscribe at any time. If you are under 13 years of age in the USA or under 16 in the rest of the world, please get consent from a parent or guardian before proceeding.
This petition has been created by Mandeep T. and may not represent the views of the Avaaz community.
x

Sign this petition
Mandeep T.
started this petition to
BRICS Summit 2013
UPDATE: 27 March 2013: -- We just received the final statement from the BRICS summit which calls for all parties to allow humanitarian access to all those in need of assistance in Syria. This is a fantastic success in ensuring more access to address the catastrophic humanitarian situation, particularly in opposition-held areas of Syria. Now, the BRICS – and in particular Russia – should spare no effort to press the Syrian government to concretely respond to their call by agreeing to allow humanitarian assistance to reach those in need across all of Syria’s borders, including Turkey. Thank you so much all for joining our call and supporting this campaign.

4 million people trapped in Syria need humanitarian aid, more than 2 million of them children. Schools and hospitals have been destroyed. Children as young as eight have been used as human shields, and one in every three Syrian children has been injured.

Achieving a lasting peace will be complicated – delivering humanitarian aid shouldn’t be.

Syrians need food and medicine, but the UN says it needs permission from the Syrian regime to deliver aid across borders into rebel controlled areas. Assad refuses to consent to such access. The BRICS – Brazil, Russia, India, China, South Africa – are the only powerful governments left able to compel him to do so.

While our governments play politics, civilians pay the price.

The BRICS are meeting at their annual summit March 26-27 in Durban. Let’s have the world stand in solidarity with the people of Syria – the victims of this horror – and tell the BRICS to stop turning a blind eye to Assad choking off aid for Syrians.

Sign this petition and I’ll have it delivered at the summit.