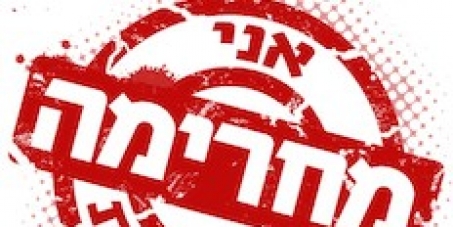 By continuing you agree to receive Avaaz emails. Our Privacy Policy will protect your data and explains how it can be used. You can unsubscribe at any time. If you are under 13 years of age in the USA or under 16 in the rest of the world, please get consent from a parent or guardian before proceeding.
This petition has been created by Gary S. and may not represent the views of the Avaaz community.
x

Sign this petition
Gary S.
started this petition to
Monday the 14th of May saw Tánaiste Eamon Gilmore pledge support for the (much overdue) European Union's strong statement on the Israel - Palestine conflict.

Gilmore commenting on the EU's position said "It’s a very strong statement, particularly in relation to the illegal settlements on the West Bank, which are making the achievement of a two-state solution in the Middle East impossible"

Israel's settlements have been deemed to be one of the largest obstacles to Peace by the Palestinian people and the International Court of Justice has ruled in its advisory opinion (2004) that the Settlements and the wall are a breach of International law.

Goods and products from these Israeli Settlements help to continue the enterprise of the settlements in their current framework.

These settlements have been condemned by Human Rights organisations such as Amnesty International, Human Rights Watch and a whole host of Israeli NGOs including B'tselem & Rabbis for Human Rights.

The continuing abuse of human rights as a direct result of these settlements must be opposed and the continued occupation of the oppressed Palestinian people the majority of whom are innocent of any crimes against Israel must end.

Israel is breaking international law and humanitarian laws whilst also failing to uphold its obligations set out in the Oslo accords and as the occupying power it fails to protect the rights of those it occupies which is yet another obligation Israel ignores. We the Irish, Israeli and Palestinian people request the government in Ireland to use the platform of the European Union to encourage a progressive approach to ending the misery of the Palestinian people.

We the Irish people urge all of our Ministers to dedicate themselves to the achievement of Human Rights and genuine equality for all in Israel/Palestine by openly condemning the Israeli government for its policies and actions that not only damage prospects for genuine peace but also needlessly harm the human rights of Palestinians on a daily basis and with impunity.

We the undersigned wish to pledge support to Eamon Gilmore, Enda Kenny and Lucinda Creighton in their attempts to push for a Boycott of Israeli Settlement Goods whilst also urging Mr. Gilmore to reaffirm his dedication to justice, human rights and freedom by not giving in to pressure from Internal and external advocacy groups that seek to influence his decisions in a way that will benefit the State of Israel in its attempts to continually divert attention from the mostly dire Human Rights situation of the Palestinian people.

Today: Gary S. is counting on you