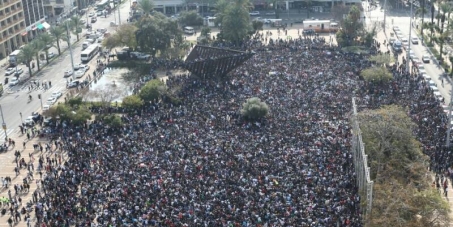 By continuing you agree to receive Avaaz emails. Our Privacy Policy will protect your data and explains how it can be used. You can unsubscribe at any time.
This petition has been created by Emma and may not represent the views of the Avaaz community.

Sign this petition
Emma
started this petition to
Supreme Court Israel
The Knesset in Israel passed a revised law for detention of African asylum seekers in Israel.

The previous amendment to the law permitted the detention of asylum seekers without trial for a three-year period in Israel’s Saharonim and Ktziot prisons. Under the new amendment, asylum seekers will be jailed for one year in the prisons, followed by additional indefinite detention in a specially constructed internment camp operated by the Israeli Prison Service.

At the new “Holot” Camp asylum seekers will have to sleep in the camp and be present at three roll calls per day to prevent them from venturing too far outside and gaining employment, which according to the government is the reason asylum seekers come to Israel. Under the new amendment, all asylum seekers can be placed in the internment camp that has the capacity to hold 3,300 detainees. Interior Ministry officials hope that the camp serves as a “revolving door” leading to the deportation of asylum seekers from Israel.

The ministry used the previous law to pressure detained asylum seekers into leaving: the detainees were threatened with indefinite detention, and told that the only way to get out of prison is to agree to deportation to their home countries.

This constant pressure by Interior Ministry officials and prison guards, coupled with a hefty financial incentive – until recently, each asylum seeker was given $1,500 in exchange for voluntary deportation; a recent government decision raised the sum to $3,500 – resulted in over 800 Sudanese and 14 Eritrean nationals agreeing to sign “voluntary leave” forms and be deported.

The refugee communities in Israel are currently holding a 3 day strike in support of their fellow refugees being held in the detention center and petitioning the Supreme Court to stop this inhumane detention of asylum seekers. Please help support their cause, give the refugees a hope for their future in Israel - all they are asking for is the right to dignity.

Today: Emma is counting on you