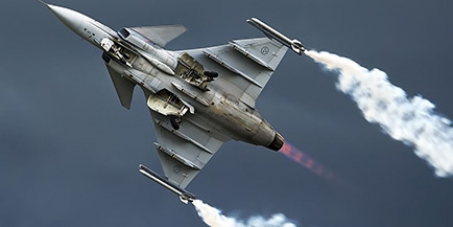 By continuing you agree to receive Avaaz emails. Our Privacy Policy will protect your data and explains how it can be used. You can unsubscribe at any time. If you are under 13 years of age in the USA or under 16 in the rest of the world, please get consent from a parent or guardian before proceeding.
This petition has been created by Svenska F. and may not represent the views of the Avaaz community.
x

Sign this petition
Svenska F.
started this petition to
The Swedish Government
Sweden recently made a groundbreaking decision to halt a military cooperation agreement with Saudi Arabia due to the serious violations of human rights. This brave desicion to halt the military cooperation agreement with one of the worst dictatorships in the world has raised hope for a new foreign and security policy that honors human rights and democracy over business as usual and has been praised by human rights and democracy activists all over the world.

According to figures compiled by the Swedish Peace and Arbitration Society, Sweden is once again in the top of the list of arms exporters per capita 2014. 2011 Sweden was first on the list as the largest arms exporter per capita in the world. Last year, Sweden exported arms for eight billion SEK (approx 930 million USD). The last five years, on average 35% of Swedish exported arms were sold to non-democratic countries . Sweden, a small country with less inhabitants than the city of London, UK, is perhaps most well known for such things as ABBA and recent music exports plus Björn Borg and IKEA. But it is also, per capita, one of the biggest arms dealers next to Russia and Israel.

This June a parliamentary committee is presenting its recommendations for the new arms trade policy and we need to show them the way forward. Let us help Sweden in taking another groundbreaking decision in this area and lead the way to a world where no more arms are put in the hands of oppressors. The support for democracy and human rights is not negotiable!

Sign the petition to tell Sweden to stop the arms trade with non-democratic regimes!

Today: Svenska F. is counting on you