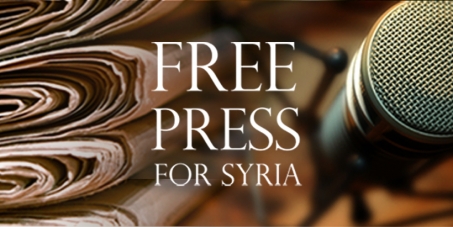 By continuing you agree to receive Avaaz emails. Our Privacy Policy will protect your data and explains how it can be used. You can unsubscribe at any time. If you are under 13 years of age in the USA or under 16 in the rest of the world, please get consent from a parent or guardian before proceeding.
This petition has been created by ASML S. and may not represent the views of the Avaaz community.
x

In its last report, Reporters Without Borders considers Syria “the world’s most dangerous country for journalists.” Priority targets of the regime and its security forces since 2011, Syrian journalists are now facing an increasing deadly threat since 2013 : the Jihadists militias.

Facing retaliation if they denounce the abuses aloud, and facing extinction if they don't, Syrian media have chosen the former. Despite intimidation and threats, Syrian media are uniting for the first time and standing up together to demand an end to the crimes committed against all journalists. This is unprecedented and holds potential for real change. This coalition for press freedom and against intolerance has the potential to be the core of a vast popular movement.

However, Syrian media are taking a very serious risk by doing so, and their action will only have an impact if they receive enough national and international support to make a difference.

Please sign the petition to support the Syrian media who refuse the alternative between a criminal regime and intolerant extreme Islamists, and who show the possibility of a third way, equidistant from the Syrian regime and the Jihadist militias.

Today: ASML S. is counting on you