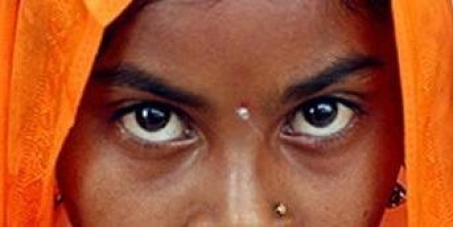 A Fight against Sex Trafficking, Child Prostitution and Rape

By continuing you agree to receive Avaaz emails. Our Privacy Policy will protect your data and explains how it can be used. You can unsubscribe at any time. If you are under 13 years of age in the USA or under 16 in the rest of the world, please get consent from a parent or guardian before proceeding.
This petition has been created by Guria S. and may not represent the views of the Avaaz community.
x

Sign this petition
Guria S.
started this petition to
THE PRESIDENT OF INDIA AND THE CHIEF MINISTER OF UTTAR PRADESH

“They raped me forcefully one by one and made a blue film of the incident” (Shravani, 14)

Shravani, a 14 year old girl living in Uttar Pradesh (India) was drugged, abducted, locked up, gang raped and used for pornographic films before being sold to a brothel. “Here I was told to do prostitution forcefully. On my denial I was burnt with a hot iron rod, beaten harshly and gang raped for one long week” she recounts.

The police were informed but they let the accused go free, and made no efforts to recover the girl. Two years later Shravani escaped and went to the police –they refused to take action. Later she was re-captured by traffickers. “They beat me and threatened to kill my mother if I went to court” she said. It took one year and relentless pressure from Guria for recording Shravani's statement and medical examination – the basics for the case to stand. Her misery continued till her third rescue after she was kidnapped at gunpoint and made to deny her story in the court

In her statement Shravani reveals there were many other girls at the brothel forced to do prostitution and pornographic films - the police have not taken any action.

Join Guria in demanding an end to the negligence and failure of police to protect victims of child prostitution, sex trafficking and rape – please SIGN this petition now.

Guria is an NGO based in Varanasi, India, which has collected details of 100 cases of police misconduct regarding child prostitution, sex trafficking and rape in the North Indian state of Uttar Pradesh. In some cases victims have testified that the investigating officers were involved in their forced prostitution, trafficking and rape whilst others display the insensitivity and total non-compliance of police in Uttar Pradesh.

Most common failures of the police departments in Uttar Pradesh:

1. The police often refuse to file a First Information Report (FIR) or to rescue victims of child prostitution, sex trafficking and rape.

2. If the FIR is registered, it is often filed under the wrong section of the law. There are frequent delays in counselling, recording the victim’s first statement before the magistrate and in providing her with an initial medical examination to detect sexual abuse – an essential first step to fight the case.

3. Police may take weeks or months to register the FIR, giving traffickers time to recapture the victim or escape the area. They are commonly biased in investigations and incorrectly file charge-sheets against the accused. Consequently, the accused rather than the victims receive legal benefits. The accused are often granted bail, arrest stays or proceeding stays from the High Court and can ultimately escape conviction.

4. After the victim’s recovery, the police frequently fail to implement the relevant laws and the Hon’ble Supreme Court guidelines. The police illegally hold the minor victim at the police station for days to exploit her and influence her statement and do not provide her with immediate medical treatment and trauma counselling. Often, victims are not made witnesses in their own cases and may even be charge-sheeted as accused.

5. At times, the police fail to take action against traffickers who present false documents in Court. In the past, they have even returned escaped victims to brothels in exchange for bribes.

6. In addition to the absence of rule of law, there is no witness protection policy in place in Uttar Pradesh, India. Without this security, victims are afraid to testify in the courts.

DO NOT STAND BY AND ALLOW THIS NEGLIGENCE TO CONTINUE – Please SIGN now.

In February, Guria organized a protest of over 25,000 women in Varanasi who spoke up against the mishandling of child prostitution, sex trafficking and rape cases. The more people who come together to spread awareness and speak out, the more effectively we can affect change for these victims of modern slavery.

Every person makes a difference!

* Shravani is a pseudonym, but her story is real. She is not pictured here.

Today: Guria S. is counting on you