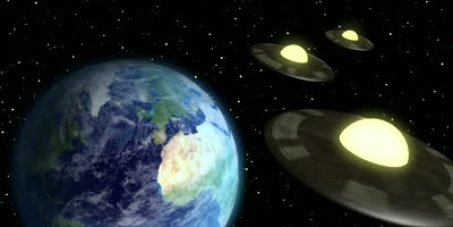 STOP THE ALIEN INTERVENTION IN THE WORLD TODAY!

By continuing you agree to receive Avaaz emails. Our Privacy Policy will protect your data and explains how it can be used. You can unsubscribe at any time. If you are under 13 years of age in the USA or under 16 in the rest of the world, please get consent from a parent or guardian before proceeding.
This petition has been created by Patricia C. and may not represent the views of the Avaaz community.
x

Sign this petition
Patricia C.
started this petition to
THE VISITORS
The aim of this petition is to gather as many signatures as possible in order to raise awareness of and to build resistance to the alien presence in our world today.

Our world is being visited by alien races who are here to take advantage of humanity and to gain access to Earth's resources. Since humanity is now depleting the world of its natural resources and risks to destroy itself, the alien races have come here to save the world for themselves. We live in an area that is populated by many worlds, and in this region of space certain rules have been established. One of these rules is that races are not allowed to take over other worlds by force.Therefore, the Intervention happening now will not try to take over the planet with military power. They will use the power of persuasion - the power to influence and manipulate minds. They rely upon our weaknesses and our lack of confidence in the human spirit. They do not wish to destroy humanity, but to use it as a work force.

The alien races present in our world today do not represent benevolent races. They represent resource explorers and commercial forces. As our own history demonstrates, the first to discover new lands were resource explorers who were there seeking advantage. This resulted into the native people becoming enslaved for their resources. Now we are the native people being discovered by foreign powers who are here to take advantage of a weak and divided humanity. Let’s not let history repeat itself!

Humanity has the power to resist the Intervention. First of all, we have sufficient individual freedom in the world to oppose it in contrast to other worlds in the universe, where individual freedom has not been established. In order for the Intervention to gain control over our world, they must make it appear that we welcome them here, since they are not allowed to conquer other worlds by force. So if enough people in the world become aware of and speak against the alien presence, they will be forced to leave. We also have great allies in the universe who have sent a set of briefings in order to help us resist this intervention. This is their message:

“Yet because there are forces of good within the Greater Community of Worlds, you have allies. We represent the voice of your allies, the Allies of Humanity. We are not here to use your resources or to take from you what you possess. We do not seek to establish humanity as a client state or as a colony for our own uses. Instead, we wish to foster strength and wisdom within humanity because we support this throughout the Greater Community.”

“Your freedom is at stake. The future of your world is at stake. It is because of this that we have been sent here to speak for the Allies of Humanity. There are those in the universe who are keeping Knowledge and Wisdom alive and who practice a Greater Community Spirituality. They do not travel all about, casting influence over different worlds. They do not take people against their will. They do not steal your animals and your plants. They do not cast influence over your governments. They do not seek to breed with humanity in order to create a new leadership here. Your allies do not seek to interfere in human affairs. They do not seek to manipulate human destiny. They watch from afar and they send emissaries such as ourselves, at great risk to us, to give counsel and encouragement and to clarify things when that becomes necessary. We, therefore, come in peace with a vital message.” (Allies Book 1, chapter 1: The Extraterrestrial Presence in the World Today)

READ MORE ABOUT THE ALIEN INTERVENTION AT: