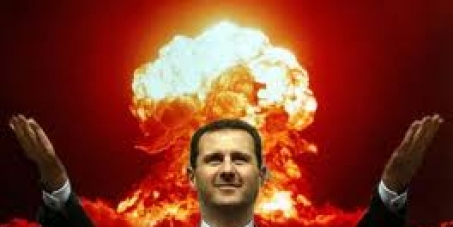 By continuing you agree to receive Avaaz emails. Our Privacy Policy will protect your data and explains how it can be used. You can unsubscribe at any time.
This petition has been created by Peter C. and may not represent the views of the Avaaz community.

Sign this petition
Peter C.
started this petition to
Ban Ki-Moon, UN General Secretary, The Members of the UN Security Council, Navi Pillay, UN High Commissioner for Human Rights
With the UN Human Rights Commission clearly identifying that the responsibility for the massacre in Houla, Syria (which killed more than 100 people, more than half of them children) lies at the door of the Syrian Government's military forces and their Shabiha armed militia, it is time to bring their commander-in-chief, Bashar al-Assad, to justice.

As Syria falls apart there has been some talk of allowing Bashar al-Assad and his family safe passage to Russia, Iran, another Arab country or elsewhere. This must not happen.

Conservative estimates put the number of deaths in Syria since March 2011 at 20,000,more than 4,000 of them innocent women and children. 65,000 people are missing and more than 200,000 are believed to have been incarcerated.

Despite the best efforts of the UN it has been obvious to any observer that Bashar al-Assad and his Government have made no attempt to stop bombing, strafing, shooting, imprisoning and torturing their civilian population whose only "crime" was to wish to demonstrate peacefully.

The end result was the creation of an opposition force and the displacement of 1 million people in the ensuing conflict. It is also obvious that some atrocities have been carried out on the other side but nowhere near on the scale of Assad's military and militias.

The ultimate responsibility for all this lies with Bashar al-Assad.

The International Criminal Court (ICC) should issue a warrant for his arrest as soon as possible and he should be brought for trial at the Hague in the Netherlands at the earliest opportunity as an example to all those dictators who abuse human rights anywhere in the world.