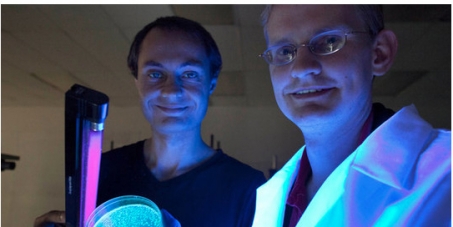 By continuing you agree to receive Avaaz emails. Our Privacy Policy will protect your data and explains how it can be used. You can unsubscribe at any time. If you are under 13 years of age in the USA or under 16 in the rest of the world, please get consent from a parent or guardian before proceeding.
This petition has been created by Jim T. and may not represent the views of the Avaaz community.
x

A synthetically engineered life form designed on a computer by a private biotech company will be sent out into the wild unless we can convince Kickstarter to stop it. It will be the first ever organism produced from Synthetic Biology to be deliberately released into the environment and it will be entirely unmonitored and unregulated. It sounds like a bad science fiction plot, but it’s absolutely true.

Kickstarter is a crowdsourced fundraising website with rules preventing people from using it for projects involving drugs, weapons and even sunglasses! But unless they add to these rules, a Kickstarter project to bioengineer a new type of plant will receive over $400,000 of funding on the 7th June -- and worryingly over 6000 people who gave more than $40 will be sent bioengineered seeds in the mail to release at will. The engineered plant, a common weed engineered to glow in the dark, will be built using a controversial technology called Synthetic Biology that is so new that apparently no US regulator has the power to stop the spread. At present over 600,000 seeds will be posted to over 6000 random locations - unmonitored and unassessed.

Synthetic Biology is a form of extreme genetic engineering where artificial DNA is engineered into living things to fundamentally change their character. Nobody knows how to assess synthetic organisms for safety and until now governments and companies have refrained from releasing these organisms into the environment because they may threaten the natural world. The UN has called for caution and advisors to the US president says that none of these new organisms should be released into the wild at this time.

Kickstarter was built to help struggling artists, not give corporate biohackers with risky technologies a blank cheque to threaten our ecosystems. Let’s return Kickstarter to its roots and help protect nature against this new threat of Synthetic Biology.

10th May 2013 -Huffington Post: Biohackers Are Kickstarting Some Unregulated Experiments

Today: Jim T. is counting on you