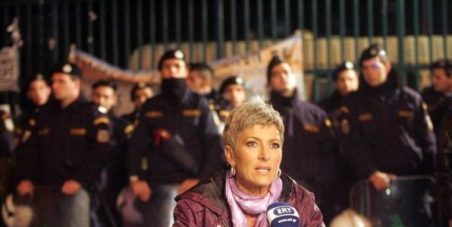 The 2014 Vienna Declaration on Freedom of Information and Expression

By continuing you agree to receive Avaaz emails. Our Privacy Policy will protect your data and explains how it can be used. You can unsubscribe at any time. If you are under 13 years of age in the USA or under 16 in the rest of the world, please get consent from a parent or guardian before proceeding.
This petition has been created by Freedom O. and may not represent the views of the Avaaz community.
x

Having met in Vienna of Austria on 28 February and 1 March 2014 and having discussed the challenges of freedom of information in the light of the recent surveillance revelations and the increase in censorship and prosecutions of media, journalists and whistle-blowers in Europe and beyond, we express our deep concern and appeal for public vigilance to defend freedom of information and expression as key democratic rights.

We consider Edward Snowden’s revelations as a wake up call. His story is not about one man leaking classified information; rather it is about privacy, civil liberties, power and democracy. But also about the future of the Internet itself, the nature of democratic oversight - and much more.

We condemn the existence of a surveillance-industrial complex, in which the American, British and other European states’ intelligence services conduct mass surveillance of the Internet, social media, mobile and landline telephones, in co-operation with communications corporations such as Google, Facebook, Microsoft, Apple, Skype, Yahoo!, Aol as well as private security firms.

We express our solidarity and support to whistle-blowers, journalists and organisations, including Julian Assange, Edward Snowden, Chelsea Manning, Laura Poitras, Glenn Greenwald, the Guardian and others, for their efforts towards fostering transparency and public accountability. We denounce their oppression and prosecution that we consider as a major threat to freedom of information.

We observe a great paradox of the media in the 21st century: although more people than ever have the means to express themselves freely, there are huge power asymmetries that favour corporate and state control of the media: journalists in Europe and many other regions face an alarming increase in violent attacks, intimidation, legal threats and other restrictions on their work. Among the important factors of this paradox are the growth of anti-terrorism laws and new nationalisms, the fusion of political, economic and media power, and the weakening of the authority of critical and high-quality media, including independent media, investigative journalism and public service media. Furthermore, the Internet and social media are largely controlled by corporations and there is not enough material support for alternative Internet and media projects. This mix seems to represent an existential challenge to critical media, independent journalism and to the established framework of international laws and safeguards for press freedom and the freedoms of expression, speech, information and opinion.

We point out that the current crisis and austerity policies have a serious negative effect on important democratic freedoms. The official political reactions to the crisis have given grounds for the further centralisation of corporate, state and media power that undermine the freedom of information and further the prosecutions of citizens, activists, journalists and the media. We particularly condemn attempts to limit or close down critical, independent and public service media. The Greek government’s closure of the public service broadcaster ERT is in this respect a particularly alarming development.

We stress that under the conditions of corporatisation and bureaucratisation, the potentials created by access to information and public knowledge are hampered. In many countries and at a transnational level we lack adequate laws for the transparency of corporate and state power and citizens’ access to information about it in order to hold those in power accountable.

A particularly alarming development of the limitation of freedom of information can be found in the world of libraries: large corporate publishers tend to license access to academic and literary works only in expensive bundles and make the access to easy-to-use e-books difficult and expensive. The result is a limit of public access to cultural works so that people have more and more to rely on purchasing books and articles, which is a matter of purchasing power that disadvantages many citizens. The corporate power of publishing houses thereby limits the public’s right to inform itself.

We consider that the right of access to information can promote citizens’ civic and political participation by raising their levels of trust in political and policy-making institutions, while it can fight phenomena such as lobbying and corruption. Open access to public and digitised knowledge and scholarly research is also crucial for the continuous education of the broader public and professionals, the promotion of cultural production and diversity and the preservation of the historic and collective memory. New social media, libraries and archives can and should play an important role in this field.

We are convinced that freedom of information is a value worth struggling for and that the current framework and developments strongly threaten freedom, democracy and basic civil liberties.

The following people have already signed the Declaration:

Today: Freedom O. is counting on you

Freedom O. needs your help with "The 2014 Vienna Declaration on Freedom of Information and Expression". Join Freedom O. and 683 supporters today