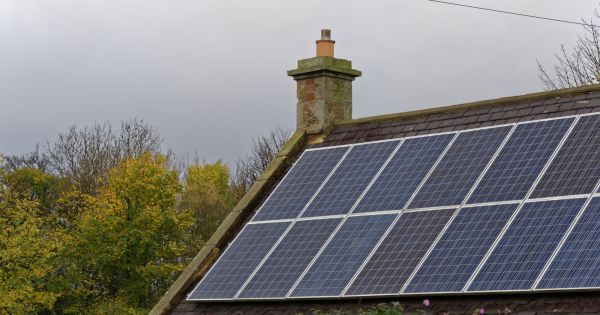 By continuing you agree to receive Avaaz emails. Our Privacy Policy will protect your data and explains how it can be used. You can unsubscribe at any time. If you are under 13 years of age in the USA or under 16 in the rest of the world, please get consent from a parent or guardian before proceeding.
This petition has been created by James R. and may not represent the views of the Avaaz community.
x

Sign this petition
James R.
started this petition to
Governments worldwide that manage electricity rules, The Council on Australian Governments (COAG) Energy Council, The Australian Energy Market Commission (AEMC), The Australian Energy Regulator (AER), The Hon Josh Frydenberg MP, Senator the Hon Matthew Ca
Renewable energy technology with solar and storage is technically and economically the best option now, it is just incumbent interests with the fossil fuel lobby and (likely corrupt) politicians (that likely do backroom deals with incumbent gas and coal generators) that hold back its deployment. Somehow, we as energy consumers and citizens must free ourselves from the shackles of government and incumbent powers that hold us back from realizing a better life. We can not do so in the existing political and economic climate.While improving technology has its place, such as using smarter inverters that provide better grid services, and trading energy between local producers and consumers, the barriers to entry (inadequate governance) caused by incumbent interests is of more pressing concern. It seems like better governance that could be provided by the likes of Democracy.Earth is a good step in the right direction to resolve issues with not only the electricity grid, but also of many other woes that are caused by centralization of power.

Centralization is a root cause of most of the issues facing the provision of electricity today. Gentailers get market dominance and gamify the market, the government has inadequate regulation (and should really repurchase electricity grids), and network operators are not able to keep up with the pace of change, for a variety of reasons, such as because they have little incentive (such as from regulation) to do so.

Local electricity trading (particularly with blockchain technology) can help to make solar and energy storage more economical, particularly for residential and commercial solar. People who have a solar system could sell excess energy to those who do not have one, thus opening up new markets for solar energy. Furthermore, if the generated energy is sold to nearby users, then there is the potential to create microgrids, and lower the costs of maintaining and upgrading distributed grid networks. By making solar and energy storage more affordable, local electricity trading can give more power to the people (pun intended), reduce electricity bills and help to increase the uptake of solar and storage. Local electricity trading can make grids more reliable (reducing the chance of blackouts), reduce the need for expensive expenditure on upgrading the grid (thus helping to prevent electricity bills from rising), reduce the chance of building new coal and gas fired power stations, reduce greenhouse gas emissions, and help the world move to a safer climate zone.

There are other important steps to consider, such as renationalising the electricity grid [2], and providing grid services with renewable energy.

More information is available at the following pages: Have a look at other campaigns/petitions listed here: