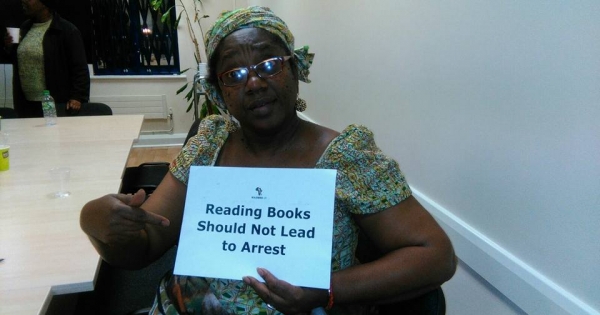 By continuing you agree to receive Avaaz emails. Our Privacy Policy will protect your data and explains how it can be used. You can unsubscribe at any time. If you are under 13 years of age in the USA or under 16 in the rest of the world, please get consent from a parent or guardian before proceeding.
This petition has been created by Nana A. and may not represent the views of the Avaaz community.
x

Sign this petition
Nana A.
started this petition to
The African Union
We, the undersigned hereby petition His Excellency President Robert Mugabe, Chairperson of the African Union, and Her Excellency Dr Nkosazana Dlamini Zuma, Chairperson of the African Union Commission to use their good offices to secure the release of Political Detainees in Angola, in particular the 15 students who were detained for their membership of a book club. We would be grateful if you could impress on HE José Eduardo dos Santos, President of Angola and President of the People's Movement for the Liberation of Angola (MPLA) that the continued detention of students and other Community Activists brings his country into disrepute. It is urgent that those on hunger strike are given immediate medical treatment. African youth are the future of Africa and we cannot afford to lose any more of our precious sons and daughters. We are particularly concerned that the legacy of the Liberation movement should not be tarnished through actions which can be seen as repression of the People.
http://www.theguardian.com/world/2015/jul/24/angolas-crackdown-on-human-rights-must-be-challenged