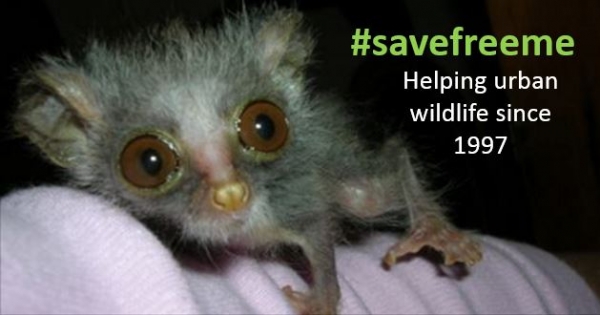 We call on Board Members of FreeMe Wildlife Rehabilitation NPC, R.Gerber;M.Bansda; S.Govender to resign immediately

By continuing you agree to receive Avaaz emails. Our Privacy Policy will protect your data and explains how it can be used. You can unsubscribe at any time.
This petition has been created by Deborah B. and may not represent the views of the Avaaz community.

The incumbent board has been derelict in their duty to FreeMe and our wildlife; in a short space of time they have brought the Centre to closure by NSPCA and GDARD.

This is a vote of NO CONFIDENCE in the current board.We need a passionate and experienced wildlife rehabilitation and management team to take control and re-open FreeMe for the sake of our urban wildlife.

FreeMe Wildlife Rehabilitation Centre located in Paulshof will be temporary closing its doors for intakes of ‘wild patients’, for the first time since establishment in 1997. Recent staff changes, followed by a number of events and incidents that occurred at the centre, called for numerous inspections and meetings by the National Council of SPCAs (NSPCA) and Gauteng Department of Agriculture and Rural Development (GDARD).

The NSPCA was suddenly overwhelmed by concerns and unhappiness expressed by volunteers and staff regarding the day to day operational side of the centre, changes being implemented, care being provided or the lack thereof and the management of cases.

The operational permit of FreeMe has become invalid and Gauteng Department of Agriculture and Rural Development (GDARD) closed the centre and called a halt to operations until such time as new proposals and applications have been received and approved.

The temporary closure has forced this wildlife rehabilitation centre, probably the centre with the highest number of intakes in Gauteng, to ‘take stock’ and sort through numerous management and operational issues.

The closure will last until all permit and related issues have been resolved. Rehabilitation of animals must not be undertaken by just anyone; it requires specialist skills and experience to rescue, rehabilitate and release animals, ultimately removed from the wild, back to their natural habitat in such physical conditions where they will be able to feed by themselves, hold territories, find mates and ultimately survive for the next generation.

Too many wild animals end up permanently in cages as result of rehabilitation attempts by people with good intentions but whom lack the experience. Anyone involved in rehabilitation of wild animals requires a permit in terms of the Conservation legislation. The NSPCA is opposed to any degree of confinement which may cause distress or suffering and firmly believes that wild animals are wild and that’s where they belong.

Today: Deborah B. is counting on you

Deborah B. needs your help with "We call on Board Members of FreeMe Wildlife Rehabilitation NPC, R.Gerber;M.Bansda; S.Govender to resign immediately". Join Deborah B. and 1785 supporters today