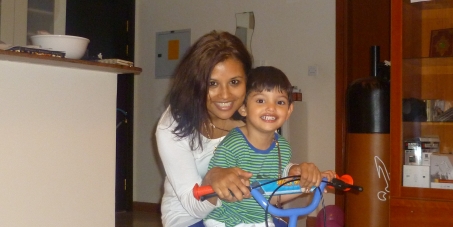 The British Government: Urgently work with the Dubai government to free Afsana, victim of domestic violence

By continuing you agree to receive Avaaz emails. Our Privacy Policy will protect your data and explains how it can be used. You can unsubscribe at any time. If you are under 13 years of age in the USA or under 16 in the rest of the world, please get consent from a parent or guardian before proceeding.
This petition has been created by rukhsana A. and may not represent the views of the Avaaz community.
x

Afsana, a British citizen and former civil servant, went to live in Dubai in 2010 with her French husband. After the birth of their son in April that year, she was subjected to serious physical and mental abuse. She finally fled with her baby in April 2011.

All attempts in reporting these assaults and abuse were ignored. Instead she is now facing a series of cases that her now ex-husband has instigated - designed to mire her in the UAE judicial system and have her deported. The husband hid the son's passport, implemented a travel ban, (so that she can never leave the country with her child), had the police confiscate her passport and constantly made false allegations to Dubai police about her.

On 13th February, she was found guilty of kidnapping her child - in the same period where she had legal custody of him. She has been given a suspended jail sentence and is to appeal this decision. She has no passport and hence no freedoms to work or travel.

Her toddler son was snatched from her arms in October 2013 by the ex-husband who it transpired was awarded legal custody (in October 2012). Afsana has not seen her son since that day. She has suffered enormously over the last 3 years and needs urgent help.

We ask the British Government to make urgent representations to the Dubai Government in having all cases against Afsana dropped, overturning the current custody order and have her passport returned, allowing both mother and child to return to the UK.

Today: rukhsana A. is counting on you

rukhsana A. needs your help with "The British Government: Urgently work with the Dubai government to free Afsana, victim of domestic violence". Join rukhsana A. and 2,428 supporters today