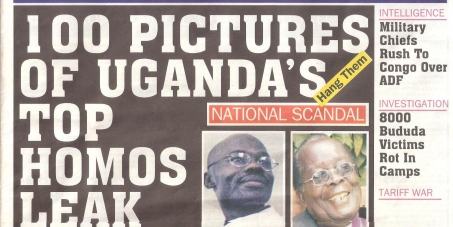 The Church of England must stand up for human rights and condemn the proposed homophobic law in Uganda.

By continuing you agree to receive Avaaz emails. Our Privacy Policy will protect your data and explains how it can be used. You can unsubscribe at any time. If you are under 13 years of age in the USA or under 16 in the rest of the world, please get consent from a parent or guardian before proceeding.
This petition has been created by Matthew B. and may not represent the views of the Avaaz community.
x

The bill against homosexuality in Uganda will be passed by the end of 2012 as a ‘Christmas gift‘ to Ugandans, according to the speaker of parliament in Uganda, Rebecca Kadaga. The bill proposes that gay people are imprisoned for life if convicted of homosexual acts.
Many countries have already threatened to withdraw aid from Uganda if this bill passes, but this has not been a deterrent. The bill is still set to pass, endangering the lives and liberty of Ugandan lesbian, gay, bisexual, trans and queer people.

Today: Matthew B. is counting on you

Matthew B. needs your help with "The Church of England must stand up for human rights and condemn the proposed homophobic law in Uganda.". Join Matthew B. and 123 supporters today