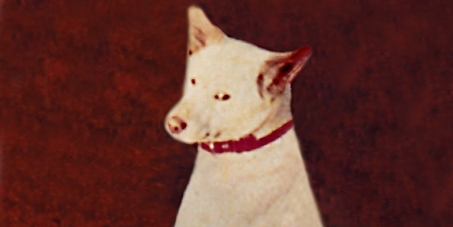 The Emperor of Japan: Justice forTakeshi Koizumi, a man who killed to avenge his dog

By continuing you agree to receive Avaaz emails. Our Privacy Policy will protect your data and explains how it can be used. You can unsubscribe at any time. If you are under 13 years of age in the USA or under 16 in the rest of the world, please get consent from a parent or guardian before proceeding.
This petition has been created by Claudia S. and may not represent the views of the Avaaz community.
x

Sign this petition
Claudia S.
started this petition to
The Emperor of Japan
SAVE TAKESHI KOIZUMI, A MAN WHO KILLED THOSE RESPONSIBLE FOR THE RUTHLESS DEATH OF HIS DOG

Takeshi Koizumi suffered a tremendous emotional shock at the age of 12 when his dog was snatched by the dog catchers from his younger sister and culled almost immediately. On that day he vowed to avenge his beloved Chiro later in adulthood by killing those responsible for such cruel policies. 34 years went by since the accursed day when Chiro was put to death. In 2008 Koizumi places a talisman around his neck containing Chiro’s photograph and a few tufts of his hair, and goes to stab to death one of the former administrative vice ministers of the Japanese Health Ministry and his wife. This ministry and its administrative vice minister are responsible for determining the policy of the pounds ( the so-called Animal Love and Protection Centers) where, over a three-day period, cats and dogs are disposed of, suffering an agonizing death in gas chambers - the ‘dream boxes’ - , with no effort to look for adoptive families. Furthermore, in the past, before gas chambers became common in Japan, dogs were beaten to death, a fate that, in all likelihood, Chiro suffered.
Koizumi didn’t commit murder only for his Chiro; he rebelled against the whole system of putting animals down ruthlessly – he did it to avenge millions of animals killed over the years.
The boy who vowed to avenge his dog and the man who rebelled for the sake of the animals is now on Death Row, waiting to be hanged.
Please sign this petition in order to gather enough signatures to ask the Emperor of Japan, the Prime Minister and the Minister of Justice to grant a pardon to this man who already suffered so much, and the Japanese Supreme Court to consider this case with fairness and impartiality.
If you want to know Koizumi’s whole story, look for the e-book IN THE NAME OF THE DOG – The True Story of Takeshi Koizumi and His Quest for Animal Rights on Amazon Kindle (KDP Select).

Today: Claudia S. is counting on you

Claudia S. needs your help with "The Emperor of Japan: Justice forTakeshi Koizumi, a man who killed to avenge his dog". Join Claudia S. and 3,203 supporters today