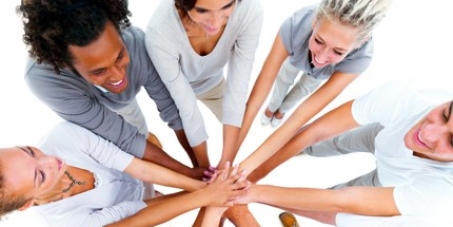 The European Parliament: Discontinue the European citizens’ discrimination, based on their location.

By continuing you agree to receive Avaaz emails. Our Privacy Policy will protect your data and explains how it can be used. You can unsubscribe at any time. If you are under 13 years of age in the USA or under 16 in the rest of the world, please get consent from a parent or guardian before proceeding.
This petition has been created by Daniel V. and may not represent the views of the Avaaz community.
x

Sign this petition
Daniel V.
started this petition to
The European Parliament
Why a professor in Portugal should be less paid than a technician in Austria? Why a manager in Poland should receive less than a secretary in France? These are just a couple of examples, set by the unit costs, defined for the involved people in Erasmus+ projects. The difference is based on geographical location (see page 115 of the "Erasmus+" programme guide for example). No matter what you do, no matter of the quality of your work, no matter of the results, you achieve, no matter of your responsibilities, you should maintain lower living standard. It is one thing for people from different countries to ask for different remuneration, but completely another to impose such rules. Such differentiation is a clear form of discrimination, based on geographical location and citizenship. It violates Article 21.2 "Within the scope of application of the Treaties and without prejudice to any of their specific provisions, any discrimination on grounds of nationality shall be prohibited." of the Charter of fundamental rights of the European Union. … and it does not go well with the efforts of the European Commission to promote free movement, especially in the framework of the debate for the Bulgarian and Romanian emigrants after the beginning of 2014.
Costs, such as per diems or travel expenses are fully justifiable for economic reasons, e.g. distance, price level in the respective country, etc. However, people costs have to be explicitly valued on the basis of quality and contribution to achievements, and not on geographical location. Otherwise, the lower on the table you are, the more discriminated you are, no matter if you do the same of better job than your peer-colleagues from the upper end. There cannot be geographically-based economic reasoning (e.g. living standard) for such differentiation because living standard of the people can vary even on the same territory. If there is some kind of economic reasoning, coming from statistics, based on countries, the next step will be to add gender columns by country, because statistically women are getting 16% less than men in EU (European Commission paper “Tackling the gender pay gap in the European Union”).
In all EU programmes the same human unit costs for all participating countries be should defined or it should be avoided to use ones as there are no such provisions in the decisions of the Council or the European Parliament.

Today: Daniel V. is counting on you

Daniel V. needs your help with "The European Parliament: Discontinue the European citizens’ discrimination, based on their location.". Join Daniel V. and 870 supporters today