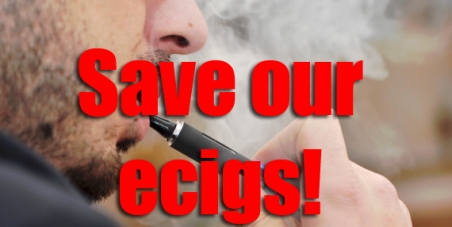 The European Parliament: Save electronic cigarettes from excessive EU regulation

By continuing you agree to receive Avaaz emails. Our Privacy Policy will protect your data and explains how it can be used. You can unsubscribe at any time.
This petition has been created by Adrian D. and may not represent the views of the Avaaz community.

Sign this petition
Adrian D.
started this petition to
The European Parliament
Electronic cigarettes have become hugely popular across EU member states. Smokers finally have access to an alternative to smoking tobacco, one which leading scientists and medical professionals agree is around 99% safer than traditional cigarettes.

Following the recent overturning of EU proposals to bring electronic cigarettes under medical regulation, the EU is once again attempting to enforce poorly thought out and excessively draconian restrictions on the import, export, manufacture and sale of ALL currently available electronic cigarette products.

Under the new proposals, all tanks, juices and re-usable devices will be banned. The plans to rush these proposals through before the end of the current EU Presidency mean that proposals designed to decimate the electronic cigarette industry and deprive millions of ex-smokers from the one product that they know will keep them off tobacco for good, will be voted on without due democratic process.

We urge the EU Parliament to reconsider the proposals under Article 18 of the Tobacco Products Directive. More time needs to be given to the process to ensure that reasonable consumer regulation which respects the rights of vapers is drafted and approved.
Report this as inappropriate
There was an error when submitting your files and/or report.
Inaccurate Inappropriate language Hate speech Illegal Commercial/spam Offensive
×

Today: Adrian D. is counting on you