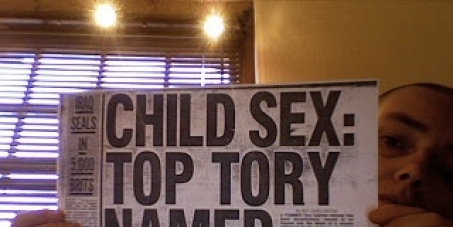 By continuing you agree to receive Avaaz emails. Our Privacy Policy will protect your data and explains how it can be used. You can unsubscribe at any time. If you are under 13 years of age in the USA or under 16 in the rest of the world, please get consent from a parent or guardian before proceeding.
This petition has been created by Mary M. and may not represent the views of the Avaaz community.
x

The Press have been chasing Mary Moss as well as a secret operation police force Fairbank because they are all actively seeking information about the death of one of Mary's cases when she worked for National Association of Young People In Care. The case was of a mother Carol Cazier who was separated from her children and in exposing why she is believed to have been killed by the police. Leon Britain and Ted Heath were named at her inquest as being involved in child abuse. The organization asked to meet with the Prime Minister about the matter and were told by letter he was busy but that the Home Office would respond. The Home Office today responded and said simply to meet with the police. Ignoring all the issues raised about witness protection. This ignored the fact that NN/YP's officer Mary Moss was Carol Cazier's case worker at the time of her death in 1991. NN/YP want Government reassurances funding that has been withdrawn for 20 years because of this very issue and witness protection in order to hand over the information containing the names of 25 police officers involved at the time. Please ask David Cameron to meet with the orgainization with their protection in mind and the protection of all those young people who they will be actively gathering information on, as being victims at the time too. We are all still in danger unless we have reassurances that the police are not doing this secret operation as a cover up! The abusers have the right to legal protection, the victims none!!!

On the 9th Jan 2013 Mary Moss's home was searched with a warrant by the police. This is the WRONG way to investigate.. history repeating..

Mary M. needs your help with "The Government Should meet with the Organization New National Association of Young People In Care/ Youth Parliament". Join Mary M. and 284 supporters today