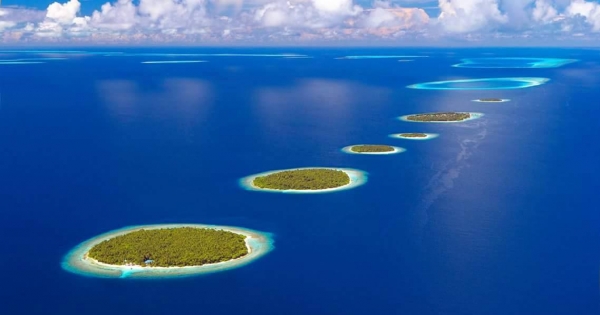 By continuing you agree to receive Avaaz emails. Our Privacy Policy will protect your data and explains how it can be used. You can unsubscribe at any time. If you are under 13 years of age in the USA or under 16 in the rest of the world, please get consent from a parent or guardian before proceeding.
This petition has been created by Raajjetherey M. and may not represent the views of the Avaaz community.
x

The deprivation in the provision of social services and unavailability of job opportunities in the atolls of Maldives has resulted in forced migration of rural islanders to Male', the city with the highest population density in the world. A study done by the Human Rights Commission of Maldives has found that 85% of income is spent on rent in Male'. For an overview of development disparities and inequitable development pls read:-

The current population and development consolidation policy while being sound in principle, is being implemented only to develop the Male' region. We request the Government of Maldives and Members of Parliament not to prioritize millions of dollars in reclamation of artificial islands in the Male' area, while there exists islands in the North and South of the Maldives, with bigger land area than that will be reclaimed from the sea.

The congestion in Male' has given rise to innumerable social and economic problems both for the Male' residents and island migrants. Millions of dollars have been spent on creating artificial islands near Male' in the name of decongesting Male' but these have failed.The price of artificial land and housing facilities are simply too expensive for the majority of Maldivians. The Govt has recently announced another phase of land reclamation near Male' as well as building a bridge and a football stadium all costing over USD200Million while compromising equitable and sustainable development for the other regions of the archipelago.

We request the Govt and People's Majlis of Maldives to invest in the development of two cities, one in the North and the other in the South of the country in order to ensure equitable and sustainable development. We request that budget and funds are diverted to the North and South to build two cities with a robust transport mechanism to ensure accessibility of services within the North and South regions. Failing which, a majority of Maldivians will have to abandon their native lands and be indirectly forced to migrate to live only in the "Greater Male' " area. Such a move will invariably be at the cost of the culture, lifestyle and indigenous nature of a majority of the Maldivian population.

“In terms of Millennium Development Goals, the Maldives is one of the most advanced countries in Asia and certainly the most advanced in South Asia. Nevertheless, a large part of the population is living in poverty mainly as a result of regional disparities in living conditions due to the remoteness of the islands and the lack of infrastructure and social services in the atolls” European Community

“Rapid urbanization and in-migration to Male’ has resulted in severe congestion and pressure on housing and land, More than 103,000 people live in an area of barely 2 square kilometers in the capital city of Male'. The last two decades had seen rapid growth in economic and social opportunities in the capital, and consequently, the population of Male rose sharply, while the living land area remains limited. Roughly three people share each sleeping room. Because people with different backgrounds, incomes, and education levels have to cohabit in a small area, social problems such as drug addiction VAW, divorce and adolescent high –risk sexual activities are on the rise. Rapid urbanization when combined with rising unemployment exacerbates these problems immensely. An immediate priority is to decentralize regional development, especially in the North and South Atolls to relieve some of the pressures on Male”. United Nations System in the Maldives

"Since only 192 of more than 1,000 islands are inhabited today, the issue of scarcity of land is not related to land per se, but to developed or urbanized land, i.e., land serviced by basic infrastructure (such as harbours and energy supply) and social services (such as schools and medical facilities)." UN Special Rapporteur on Adequate Housing Raquel Rolnik