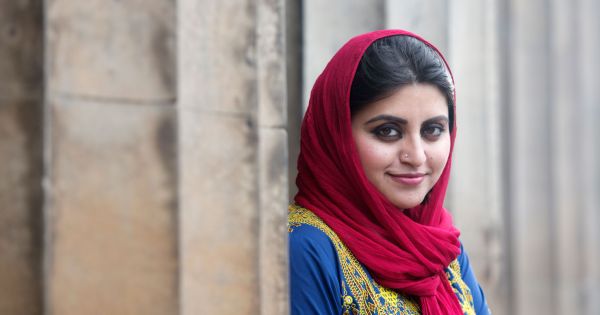 By continuing you agree to receive Avaaz emails. Our Privacy Policy will protect your data and explains how it can be used. You can unsubscribe at any time. If you are under 13 years of age in the USA or under 16 in the rest of the world, please get consent from a parent or guardian before proceeding.
This petition has been created by World Y. and may not represent the views of the Avaaz community.
x

Sign this petition
World Y.
started this petition to
State of Pakistan
Renowned human rights defender and founder of Aware Girls Gulalai Ismail has been repeatedly targeted by the Pakistani government for her activism and defense of both the rule of law and basic democratic principles. On May 22, 2019, criminal charges were brought against Gulalai in the form of First Information Reports or FIRs. The charges were filed following a non-violent protest in which Gulalai gave a speech calling for accountability of law enforcement agencies following the brutal rape and murder of a 10-year-old girl, Farishta Mohmand. It is widely accepted that the police were negligent in their investigation of the case.

Gulalai, in a non-violent fashion, called for basic justice and the accountability of Pakistani security forces and now faces unfounded charges of terrorism. If arrested, she may be imprisoned for an indefinite period without the possibility of release on bail. The police continue to harass her family and have raided her family home in Islamabad twice on two consecutive days. Furthermore, they have aggressively interrogated other family members and friends. The family was warned to not share information about the raid, telling them they would face severe consequences if they defied this warning .

Today: World Y. is counting on you