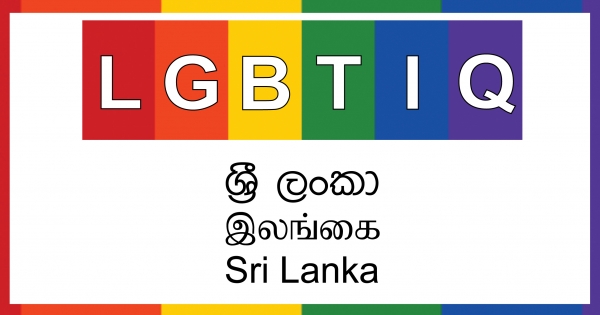 No freedom till we are all equal!

Victory
This petition is closed
2,493 have signed. Let's get to  3,000
2,493 Supporters
LGBTIQ community Sri L.
started this petition to
The Government of Sri Lanka
Repeal Colonial Era Laws that Entrench Discrimination and Perpetuate Violence

To read in Sinhala, please copy the link :
http://bit.ly/2jNDxYW

As the Yahapalanaya Government that committed to protect and promote the human rights, it is imperative that it takes all measures to prevent discrimination, harassment, violence and other violations against all of its citizens, including those who identify as as Lesbian, Gay, Bisexual, Transgender, Intersex and Queer (LGBTIQ). Recent media reports indicate that key measures to reform and remove laws impacting LGBTIQ persons, particularly Section 365 and 365A of the Penal Code which criminalises same sex activity and continues to be used to harass and persecute LBTIQ persons, were taken out of the National Human Rights Action Plan (NHRAP) 2017‐2021. We the undersigned strongly condemn and wish to express our outrage and concern that this Government is seeking to perpetuate violence and discrimination against individuals who identify as LGBTIQ, instead of taking legislative and policy actions to address systemic violence and discrimination dating from the colonial era.

The Yahapalanaya Government announced that it would commit to universal human rights standards and comply with its international human rights obligations in addition to enforcing and reforming national frameworks, including as per the current Constitution of Sri Lanka which guarantees the fundamental rights of all its citizens. The NHRAP is one mechanism through which the Government identifies legislative reforms and policy actions necessary to fulfill its constitutional obligations to “respect, secure and advance” human rights enshrined under Article 4(d) of the Constitution.

While there was some civil society participation in the drafting of the NHRAP, the process was undertaken in a rushed manner, leaving little space for public participation. Unofficial accounts attest that the final draft presented to the cabinet was over 300 plus pages and included substantive measures to address critical failings and gaps with regards to human rights, including provisions for the repeal of Section 365 and 365A of the Penal Code. Several media reports quoted Cabinet Spokesperson and Minister of Health, Dr. Rajitha Senaratne indicating that the Cabinet of Ministers had amended the NHRAP draft rejecting proposed measures to protect people from discrimination based on their sexual orientation and gender identity, and to repeal Sections 365 and 365A. Some media claimed that it was done citing the need to protect national culture. It was also reported that other provisions in the draft NHRAP pertaining to vagrancy, marital rape among others had been dropped.

We express deep concern that the Government has chosen to continue archaic and discriminatory legal provisions and practices that perpetuate harassment, abuse, injustice and discrimination against its own citizens instead of over‐turning colonial era laws based on Victorian values that are alien to this country. These laws pertaining to criminialisation of same sex activity were imposed on Sri Lanka during British rule and similar provisions in British law have since been repealed in other countries. Furthermore there is no evidence to indicate that homosexual conduct was criminalised prior to colonial rule in Sri Lanka. It is therefore shameful and untenable that the current government continues to mislead the public by citing colonial values as representative of Sri Lankan culture in order to validate violence, abuse, ill‐treatment and discrimination.

In the context in Sri Lanka the ‘silencing’ of LGBTIQ communities extends to the law wherein which a vulnerable community is deemed not‐existent and the protections and rights afforded to other segments of society have been continually denied. While the LGBTIQ community is defined by their citizenship and not by this one legal provision it does impact the day‐to‐day lives of LGBTIQ people all over the country across class, race and economics. Even while the State has argued that it has not prosecuted anyone under the provision of 365 and 365A, these laws in effect criminalise sexual acts between consenting adults and has specific and multiple impacts on the LGBTIQ community.

The LGBTIQ community have, for many years faced and reported incidents of rape, physical, verbal and emotional abuse and discrimination at the hands of private actors and state officials. The law has provided a framework for stigmatisation and discrimination against LGBTIQ individuals and perpetuates a culture of impunity wherein citizens of this country are unable to access the full protection of the law or speak out against the violence. This has led to depression, anxiety, stress, isolation, denial and even suicide, preventing people from enjoying to the full their rights to bodily integrity, sexual autonomy, equality and non discrimination as citizens of Sri Lanka. There have been negligible remedies for these injustices from law enforcement or other sources of redress due to the criminalisation of relationships between consenting adults. These discriminatory laws also serve to prevent reporting of these crimes, and thereby further perpetuate the practice of abuse.

Furthermore, Sections 365 and 365A violate a number of constitutionally guaranteed human rights: by legally entrenching arbitrary notions of “natural" and “unnatural" sexual intercourse, and criminalising private sexual acts as "grossly indecent", the provisions violate the Freedom of Thought and Conscience guaranteed under Article 10 of the Constitution, and Freedom of Expression, guaranteed Article 14(1)(a). By prohibiting sexual acts committed by consenting adults acting in private, the State interferes with private relationships that no one has the right to interfere with, violating their Freedom of Association under Article 14(1)(c). By making large groups of people vulnerable to police abuse, employment discrimination, refusal of healthcare, etc., the provisions violate guarantees of equal protection and non‐discrimination under Article 12 of the Constitution.

In the context of post‐war recovery and conflict transformation the Government established two consultation processes ‐ the Public Representations Committee on Constitutional Reform and the Consultation Task Force on Reconciliation Mechanisms to ascertain the public’s views on required legal and policy changes. Both reports specifically reference submissions received on sexual orientation and gender identities, which speak to issues of discrimination and harassment and propose constitutional, legal and institutional safeguards and measures. Both these processes were nationally owned, and sought the opinions of Sri Lankans
with regard to the changes they would like to see to overcome challenges they face on a day‐to‐day basis.

As such, we as individuals self‐identifying as Lesbian, Gay, Bisexual, Transgender, Intersex, and Queer (LGBTIQ), as family members and friends of LGBTIQ people, and as individuals/communities coming forward in support of a community of Sri Lankans, call upon the Government of Sri Lanka, His Excellency President Maithripala Sirisena, His Excellency the Prime Minister Ranil Wickramasinghe to meet national and international obligations towards the citizens of the Democratic Socialist Republic of Sri Lanka by: