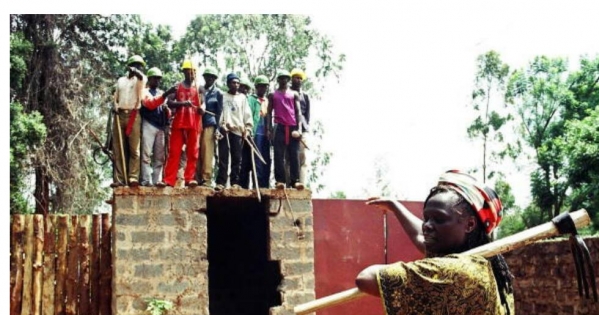 Say No to Land Grabbing of Karura Forest

By continuing you agree to receive Avaaz emails. Our Privacy Policy will protect your data and explains how it can be used. You can unsubscribe at any time. If you are under 13 years of age in the USA or under 16 in the rest of the world, please get consent from a parent or guardian before proceeding.
This petition has been created by Green B. and may not represent the views of the Avaaz community.
x

Sign this petition
Green B.
started this petition to
The Government of the Republic of Kenya
Karura Forest is an urban forest in Nairobi, the capital of Kenya. The forest was gazetted in 1932 and is managed by the Kenya Forest Service in conjunction with the Friends of Karura Forest. Due to its proximity to a growing city, it is attractive and there have been attempts to encroach the forest in favor of housing and other developments. However, such plans have been controversial, with conservationists and the public opposing this.

The fight for Karura Forest began in the late 90s when the Late Nobel Peace Prize Laureate, Professor Wangari Maathai, led a group of determined citizens to face-off illegal land-grabbing developers. The demonstrators formed a human shield at the gate to Karura Forest. Approximately 200 armed guards, hired by a company claiming ownership of part of the forest attacked the demonstrators and observers. Professor Maathai was brutally beaten.

On August 16, 1999, the Kenyan Government banned the allocation of public land. Development in the forest ceased and the security guards were removed. Bloodied but unbowed, protection of Karura Forest was achieved.

17 years later, a new threat has emerged and there is a plan to develop 25 acres of Sigiria Block in Karura Forest for commercial use. A company by the name Ibis Hospitality Ltd is alleged to have proposed to build a six-star hotel in the forest against public interest. The proposed development will include a world-class spa and a horse riding school among other amenities.

We are calling on all the relevant Kenyan Government authorities and the international community to strongly oppose this development in one of the largest urban gazetted forests in the world.

Please add your voice in support of Karura Forest by signing this petition. This is public land, we must protect it.

Today: Green B. is counting on you

Green B. needs your help with "Say No to Land Grabbing of Karura Forest". Join Green B. and 4,271 supporters today