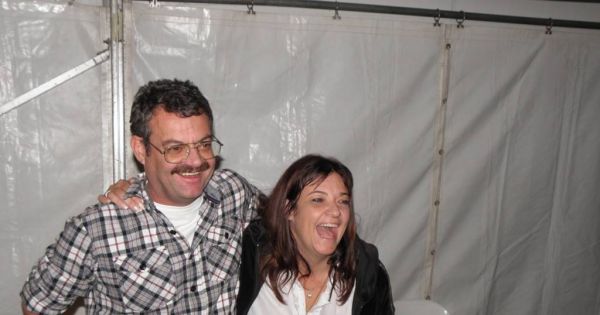 By continuing you agree to receive Avaaz emails. Our Privacy Policy will protect your data and explains how it can be used. You can unsubscribe at any time. If you are under 13 years of age in the USA or under 16 in the rest of the world, please get consent from a parent or guardian before proceeding.
This petition has been created by Brittany W. and may not represent the views of the Avaaz community.
x

Sign this petition
Brittany W.
started this petition to
The President of South Africa, Cyril Ramaphosa.
We humbly appeal to President Cyril Ramaphosa and President Salva Kiir
My brother, William Endley NEEDS TO COME HOME&excl&excl&excl He was served 4 sentences including the
Death penalty by hanging in Juba on Friday the 23 rd February 2018. We are as a family devastated.
My brother is a Peacekeeper and is there for Humanitarian efforts. He is an honorable, proud and
upstanding citizen of South Africa and was involved with Humanitarian efforts in Sudan since 2013
in an advisory capacity and worked in full support of the Peace Treaty in South Sudan. His function
was as per the treaty signed to assist with the training and integration of the rebel troops into the
professional army of South Sudan. He has for a few years received no remuneration.
During his extensive career previously as a Colonel in the SANDF William was involved even at that
level, in The National Peace Keeping Force and subsequently in the Engineering Corps. After his
retirement, he utilized this expertise in the private sector and was then involved in the humanitarian
efforts of de‐mining in Iraq.
My brother is a loving, peaceful God fearing man. He cares deeply about people. William Endley is a
son, a brother, a father and a grandfather. He has been given an unfair trial. A just and fair process
was not followed according to the International and South Sudanese Laws or was allowed access to
the UN Rule of law. His previous lawyer withdraws in protest against the court irregularities and the
process he described tainted with impunity. His current Advocate described the proceedings as a
“mockery of justice”.
My brother has been falsely accused and unfairly trialed and is now being punished for working in
accordance with the steps of the Peace Treaty of which the UN is working towards achieving.
His continued incarceration since August 2016 is illegal and unfair and in accordance with the
ceasefire signed in December 2017 by President Kiir's government that mandated all sides release
prisoners of war and political prisoners, he should have been released.
I plead with you on behalf of our family to assist us with this matter my brother is not young he is
close to 57 and he has family that rely on him.
He is struggling with re‐occurring health problems including malnutrition and malaria, mental and
emotional issues also pertaining to the harsh conditions under which he is bring detained. He has
been severely ill on 3 occasions and close to death.
We are enduring an ongoing struggle to obtain visitation rights ,telephonic rights and to be able to
send him monies ,food and medical supplies. It is a constant stress and impossible mission for us
As William’s family it is taking its huge toll on us and we are all under severe emotional, financial
and psychological stress.
We pray Gods strength to see us through this.

Today: Brittany W. is counting on you